Sly Cooper brings Uncharted and Arkham to Under 15's 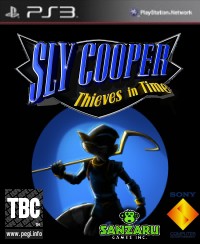 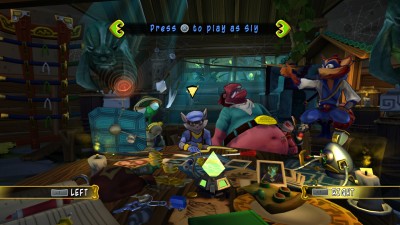 Sly Cooper: Thieves in Time promises a return of some much-loved characters as well as a joyful and child-friendly action adventure with gadgets.

As debate continues to rage over whose responsibility it is when young children are allow to play age-restricted games, it does seem that detailed and challenging adventures which are suitable for under-15s are less prevalent than their more mature equivalents like Uncharted 3. With its range of gadgets at the player's disposal and stealth action gameplay, Sly Cooper: Thieves in Time could be just the thing to bring some depth to the less adult end of the gaming market.

With huge environments promised, alongside a range of nifty gadgets to aid the stealthy rooftop action alongside epic and challenging boss encounters, Sly Cooper: Thieves in Time could potentially be as gripping as Batman: Arkham City, but suitable for the younger player.

The story will continue from previous Sly games, but hopefully the narrative will allow for newcomers to the series, given that the last game was released in 2005 and the target age group for this title almost certainly haven't played it.

This is also the first time a Sly game will have been produced for the Playstation 3 and will benefit from the upshift in technology to improve the characters and environments. It seem like this is the perfect time for Sly to make a return.

Sly Cooper: Thieves in Time is currently planned for release on the Playstation 3 during 2012.


You can support Paul by buying Sly Cooper: Thieves in Time