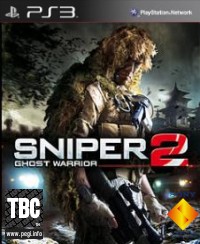 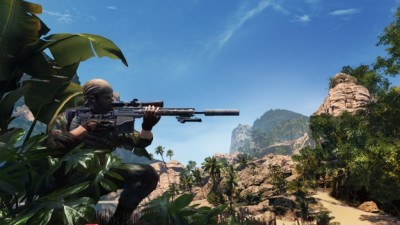 Sniper: Ghost Warrior 2 promises a return to the intense simulation of being a military sniper, alongside an intricate narrative and set in the most detailed game environments currently available.

Many firstperson shooters offer a sniper class: often this is seen as a cheap choice in a multiplayer shooter for players that like to camp and usually the sniper's crosshair offers an easy one-hit kill. Not so in Sniper: Ghost Warrior 2, in which all of the intricacies of being a sniper are simulated within the feel of a modern shooter with cinematic narrative.

Wind speed, angle and range to target are all factors which affect a shot from any kind of distance and Sniper: Ghost Warrior 2 uses all of these factors to create an authentic simulation. Although, with a nod to artistic licence, cinematic camerawork will show the journey of the bullet all the way from the muzzle to the target.

This is a purely single-player experience, which will see you getting involved in a series of missions aided by your spotter who works alongside you to identify threats and targets. It may seem odd to offer a firstperson military shooter with no multiplayer, but Sniper: Ghost Warrior 2's approach to careful and considered sniper warfare makes this more akin to a puzzle or strategy title than an arcade shooter.

Sniper: Ghost Warrior 2 is currently planned for release on the Playstation 3, Xbox 360 and Windows PC on the 21st August 2012.


You can support Paul by buying Sniper: Ghost Warrior 2