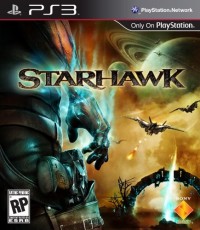 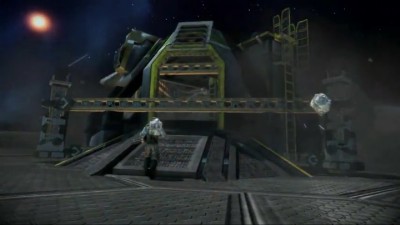 If I'm honest, when I started watching the footage for Starhawk I thought it was an entirely different kind of game. The appearance of building constructions on the map, incoming fire from air-support and fast ground vehicles led me to assume this had to be a Real Time Strategy game.

Looking further into the game, it is apparent that Starhawk is an intricately detailed team shooter, with elements of vehicle combat. While this is not entirely new in itself, it is the sudden transition from ground to air combat that sets Starhawk apart, as well as that unique strategic element.

Players can call upon fortified buildings to be constructed at key positions on the map during battle, drastically altering the balance of a match and creating new tactical possibilities. Where, once, players were able to learn multiplayer maps and become familiar with choke points and good vantage points Starhawk introduces a constantly changing map landscape due to player actions.

It's a great twist on the team shooter format and it will be interesting to see how Starhawk fares against the multiplayer component of the upcoming Rage. Starhawk reminded me of the joyous low-gravity carnage of Unreal Tournament and I'm hoping it can capture more of that old-school spirit.

Starhawk is currently planned for release on PSN in 2012.


You can support Paul by buying Starhawk