The Last Of Us PS3 News

The Last Of Us PS3 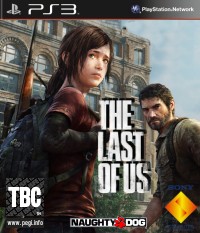 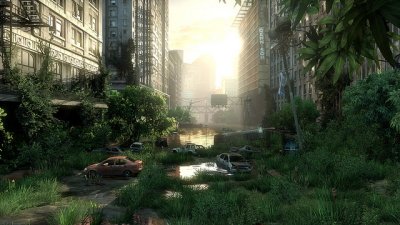 The Last Of Us is the latest cinematic action adventure from the people behind Uncharted, who hope to bring their filmic approach to the survival horror genre.

The Last Of Us is the long-awaited answer to the question "what next after Uncharted?" for developer Naughty Dog. From the announcement trailer, it appears to be a survival horror in an overgrown city a few years after the collapse of modern civilisation. One thing is for sure: the story and characters are being kept at the fore with a teasing trailer that could just as equally apply to a gripping game or an engrossing movie.

It is perhaps most reminiscent of I Am Legend, with the last surviving humans having to scavenge and survive in a world overrun by a mutants. The Last of Us also calls to mind Enslaved and the 2009 movie The Road, with the suggestion that you will go on a journey across the devastation while having to look after a dependent teenage girl.

Survival horror once enjoyed a place at the very top of the market, with Resident Evil helping to define the genre and inspire many imitators. It has fallen away in recent years, with the disappointing Resident Evil 5 highlighting how stilted and resistant to change the game style often feels. It is a genre that is defined by a shortage of ammunition and health which forces you to play carefully and manage your resources.

It is perhaps this measured approach which has held Survival Horror back over the years. Typically you will find yourself creeping around enemies for the most efficient kill and constantly backtracking for supplies and this often destroys the pace.

The trailer is highly suggestive of this, with a moment in which the young girl rummages through a corpse's pockets for a few precious unspent rounds of ammunition. This seems at odds with Uncharted's fast-paced adventure which lavishes generous supplies of pickups at every turn (Ed: Although you can choose to play it in stealth-like if you wish). At this stage it is hard to tell whether or not this is Naughty Dog's bid for a change of tempo, or whether they will seek to redefine the genre with a fresh approach.

If I have one hope for The Last Of Us it is that the excellent co-op multiplayer from Uncharted 3 makes an appearance. Perhaps with the physical difference between the two central characters it could be asymmetric co-op like Lara Croft and the Guardian of Light or Ico in which each character is dependent on the other's unique abilities.

The Last Of Us is currently waiting a release date for the Playstation 3, but it would be reasonable to expect it in mid to late 2012.


You can support Paul by buying The Last Of Us