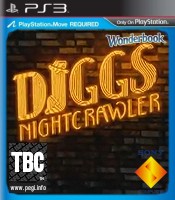 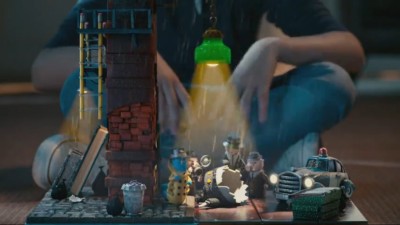 Wonderbook: Diggs Nightcrawler is the next title to use the fun PS3 Wonderbook item, featuring a hard-boiled (but family-friendly!) private detective bookworm, setting out to solve a series of crimes. This time, the crime scene is in your living room.

We've already taken a look at how well the original Wonderbook: Book of Spells contributes to family play. Essentially an Augmented Reality game, the book works in conjunction with the Playstation Move to create scenes which appear (on the TV screen) to be in your living room. With Wonderbook: Diggs Nightcrawler, the latest content is a cartoon private detective, out to solve crimes such as the culprit behind Humpty Dumpty's fall from a high place.

Through the Wonderbook itself, players will be able to rotate the pages to view the scenes from all angles and interact with Diggs Nightcrawler as he attempts to uncover clues. From the footage we've seen, the different locations look like having intricate location playsets on the living room floor, each accessed by turned a page in the book.

It promises a great mix of noir style and tongue-in-cheek humour. We're excited to see how in-depth the stories become and the interaction with the characters in each scene. If you liked the first Wonderbook title, or if you prefer your Wonderbook adventures with less Harry Potter and more Humphrey Bogart then this could be the perfect game.

Wonderbook: Diggs Nightcrawler is currently planned for release on the Playstation 3 Move in 2013.


You can support Paul by buying Wonderbook: Diggs Nightcrawler