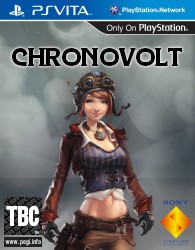 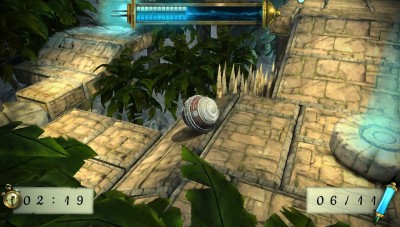 Chronovolt isn't anything new, but does have a nice mix of ideas that should keep the game fresh.

Chronovolt appears to be a ball-rolling puzzle-platformer with a strong steam-punk art style and a time-travelling plot. It's unclear as yet how the uncomplicated process of rolling a ball around will lead on to strong narrative and characters, but nevertheless the elements are in place and look striking.

The game will also feature a time-travel mechanic in which the player can reverse time, presumably to overcome puzzles and correct mistakes, in the manner made popular by Prince of Persia: The Sands of Time.

While neither ball-rolling puzzlers nor time-travel mechanics are an entirely new premise, it is interesting to see these features combined and I'll be curious enough to see how well Chronovolt plays when it is eventually available.

This is Playerthree's first major downloadable title after some experience with Playstation Minis and looks to be a strong Vita debut for the studio.

Chronovolt is currently planned for release on the Playstation Vita in the summer of 2012.


You can support Paul by buying Chronovolt