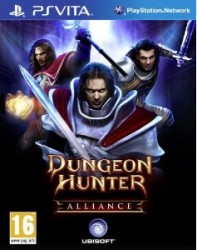 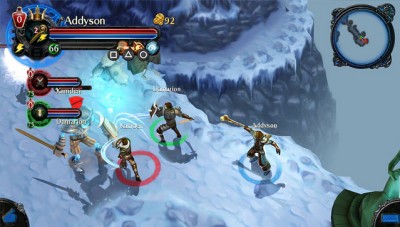 Dungeon Hunter: Alliance was originally released as a downloadable title for the Playstation 3 in 2011, where it found a keen following with fans, in spite of some negative reviews which criticised its lack of interesting plot and atmosphere against a backdrop of often repetitive action.

With a new release on the PS Vita, hopefully Dungeon Hunter: Alliance's simple hack-n-slash gameplay and bombastic spell-casting will carve a more appropriate niche, with action suited to the handheld. The promise of four-player co-op alone makes this a tempting proposition for launch day.

It looks very similar in play style to the classic Baldur's Gate: Dark Alliance and the PSP launch title Untold Legends: Brotherhood of the Blade - although that latter title was also let down by repetitive action and an unenthusiastic story.

Although speaking of PSP launch titles, Dungeon Hunter Alliance looks so similar to Untold Legends that this is another game which adds to the growing feeling I have that the PS Vita launch looks eerily familiar to the PSP launch line-up. This sits alongside Wipeout, Everybody's Golf, Lumines, Dynasty Warriors and Ridge Racer all making a reappearance for a second big day. Sony clearly feel that these titles made a big enough contribution to the PSP's early success to attempt to reproduce it.

Dungeon Hunter: Alliance is currently planned for release on the Playstation Vita on the 22nd February 2012.


You can support Paul by buying Dungeon Hunter: Alliance