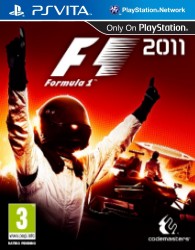 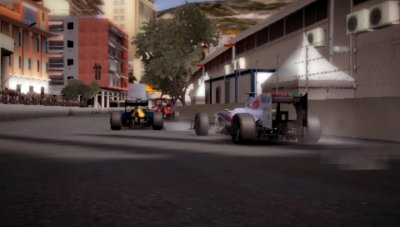 F1 2011 is set to make an appearance on the new Sony handheld, hot on the heels of the other versions.

F1 2011 has already made a handheld appearance on the 3DS and all of the features appear to be retained in this Vita version. The full 2011 F1 World Championship is playable, with support for the new KERS and DRS rule changes. If you know what those are, then you're bound to be excited by this chance to try them for yourself!

As with the 3DS version, the Vita edition also features bite-sized racing levels alongside the full races. These shorter modes are designed to be more suited to mobile play and feature objectives such as overtaking challenges and checkpoint races. This also features a co-op online mode although the Vita version allows for competition against another co-op pair.

Online multiplayer also features in F1 2011 and this version provides support for up to fours player in a single race. It is perhaps a little disappointing that this figure is not higher to allow for more human controlled cars in a race.

The big difference between the Vita and 3DS versions is, of course, the higher definition graphics of the Vita. However, in spite of this it may be that the 3DS has the edge with the second screen for a real-time course map and the feeling of depth the display provides.

It will be hard to judge until both versions are out and they can be compared side-by-side. It may come back to the age-old argument over appearance versus gameplay. However, for those with only one or other handheld system this promises to be a great racing game in its own right.

F1 2011 is currently planned for release on the Playstation Vita and is awaiting a UK release date. (Although given that it is the 2011 version they'll not want to wait too long!)