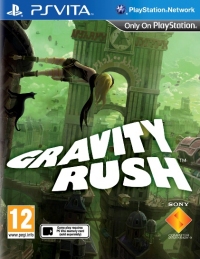 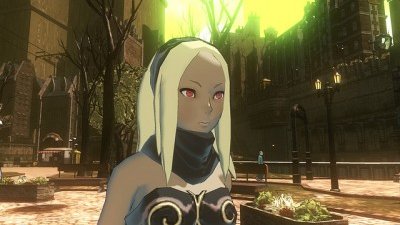 Gravity Rush promises a shift in perspective to the standard third person adventure, with a compelling visual style.

Although still a bit of an unknown at this point, it already impresses with its unusual visual style. Part animated adventure, part gothic fantasy in the style of Dark City, the dirty, industrial and oppressive world of Hekseville already presents an intriguing narrative hook.

Clearly the third person adventure genre already has a great many titles to offer, but the twist in this case is that you will be given control over the gravity in the scene, allowing the heroine to run up walls, leap from one building to another and escape dark forces quickly. Gravity Rush also promises touch-screen controls and the gyroscope will be linked to motion control over the direction of gravity.

The story is told through a mix of in-game animation and comic-book styles panelled narrative which provide character and drive the story forward. This is combined with fast and frenetic group combat and looks to up the ante with boss challenges.

This is already shaping up to be an interesting and hardcore title for sci-fi and fantasy fans and we will eagerly await more details and hands-on look.

Gravity Rush is due for release currently planned for release on PlayStation Vita on June 13th 2012.


You can support Paul by buying Gravity Rush