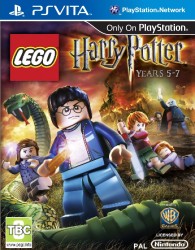 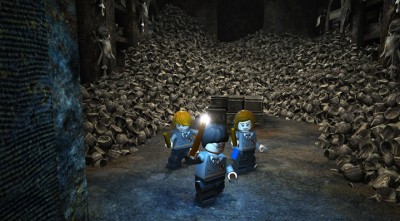 Lego Harry Potter: Years 5-7 adds to the list of the Vita's early titles. Solid gameplay and entertainment promise to make this a popular choice.

This is the first of the Lego series games to make an appearance on the Vita and is likely to be a popular title among new Vita owners. With its simple gameplay and crisp high definition visuals it will surely look great on the handheld. With the power of the Vita it will be interesting to see if this version is downscaled from the big brother console versions, or upscaled from the simpler DS version (as with the recent 3DS versions).

If there is a downside to Lego Harry Potter: Years 5-7 on the Vita it is that, standing by itself, it feels a little incomplete being only the second half of the story. For a fresh new console such as the Vita it would have been nice to have a years 1-7 special version of the full Harry Potter saga (as they did with Lego Star Wars: The Complete Saga). This could have made it an essential purchase but as it stands, this is just another port of the great title.

It's also fairly unlikely that Lego Harry Potter on the Vita will make extensive use of the new features of the handheld, as the gameplay is on tried and tested control methods. However with the originality and imagination always demonstrated by the Lego series I would be surprised if the touch or motion controls don't make an appearance somewhere in this version.

Lego Harry Potter: Years 5-7 is currently planned as a launch title for the Playstation Vita on the 22nd February 2012.