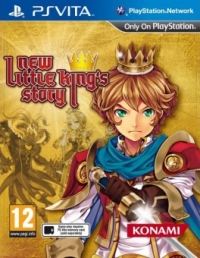 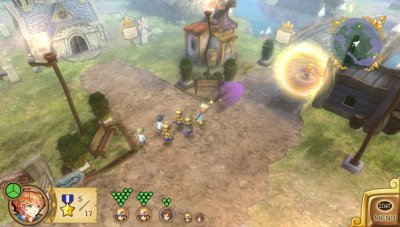 New Little King's Story rejuvenates a game sadly overlooked and will introduce a fresh new on the Playstation Vita to the joys of this cuddly real time strategy.

It was around the time that the original developer, Cing, sadly had to close shop that Little King's Story (Wii) was released. Perhaps with the loss of the originating studio there was little push to market it, but in spite of extremely favourable responses from press and the gaming public, the vast majority of players ignored it and it was quickly left behind.

There do appear to be a few changes for this version. Clearly the Vita presents an opportunity for touch-screen controls which will allow you to organise and give orders to the recruits who follow the young King around the lands.

In addition, while the cheerful cartoon visuals will make a return, the new art style appears to be a slightly more edgy Manga-style over the old preschool-friendly designs. Perhaps this is a bid to appeal more to its core audience of gamers.

All in all, New Little King's Story appears to offer a great mix of action, storytelling, character-management and battling strategy, all within a fun and colourful world which is suitable for all. Hopefully this is a title which will make a bigger impact on its second outing.

New Little King's Story is currently planned for release on the Playstation Vita during 2012.


You can support Paul by buying New Little King's Story