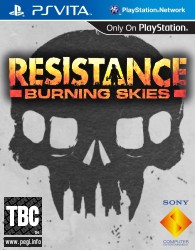 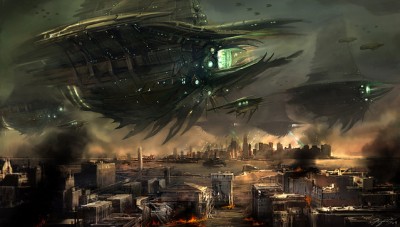 Resistance: Burning Skies is another game bringing a full console experience to a handheld device. But along the way, it picks up some intruiging Vita features like touch screen grenading.

Resistance: Burning Skies is a highly cinematic first-person shooter, featuring an alternative history in which humanity fights aliens during the forties and fifties, rather than each other. The aim with the Vita version appears to be to make it every bit as impressive and detailed as a Playstation 3 Resistance title.

It also looks to be a fully-featured multiplayer shooter as well, with lots of hectic shooting and fast-paced games of cat and mouse fpr 8 players. This is a little short of the Playstation 3's 16 players in Resistance 3, but should still be sufficient for exciting matches. In fact, the action looks so frenetic in Resistance: Burning Skies that it will be a real early test for the sensitivity of the analogue sticks. That alone could make or break this game.

The Vita version features one great exclusive feature. Grenades are activated by clicking the icon on the screen and dragging the grenade to the intended target. This seems like a great way to overcome the lack of shoulder buttons on the Vita and is also an inspired method for aiming grenades - something which is always a bit awkward in many shooters.

Resistance: Burning Skies is currently planned for release on the Playstation Vita during Summer 2012.


You can support Paul by buying Resistance: Burning Skies