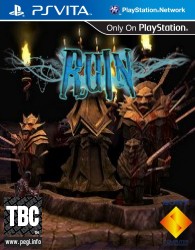 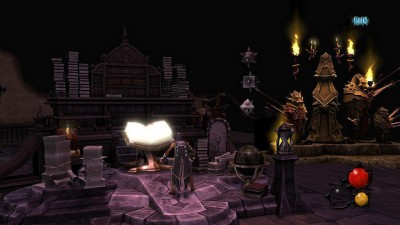 Ruin Vita allows players to take an epic quest with them on the go, while also providing the same action on the big screen via PS3 when back at home.

Ruin is a new hack-and-slash RPG coming to the Vita and PS3 in 2012. The big news about the game is the ability to transfer your saved progress between the PS3 and Vita and continue where you left off. This cross-platform handiness extends to being able to play in multiplayer with other users on PS3 or Vita environments.

While it's clear that for some hardcore players the ability to keep up their roleplaying fix when they are at home or away, those of us with more domestic arrangements may find it useful for a different reason. For example, if the PS3 is shared with either children or siblings, Ruin allows for the possibility of freeing up the console or TV and still being able to continue playing on the handheld -- right where you left off. As yet nobody seems to be clarifying whether gamers will get the Vita and PS3 copies for the same purchase (as with Motorstorm RC) or whether each version comes as a separate package. It would surely damage this cross platform play if both versions of the game must be bought.

Gameplay-wise Ruin is also not short of new features, despite looking like a fairly traditional dungeon crawler. Player-versus-player fighting will be able to continue even when you are offline, as you spend much of the game developing your own Lair, which acts as an extension to your character. Customising your lair will provide enhancements for your character, but is also the front face which your attackers must defeat when challenging you.

Ruin also features a strong social element. It's too early to say how this will manifest. The developers are keen to avoid social network spamming of every little action performed in-game, but at the same time seem to be trying to avoid making the status posts irrelevant. The main aim is to bring players together through the game, so it will be interesting to see if they achieve this.

Ruin is currently planned for release on the Playstation Vita and PS3 in 2012.


You can support Paul by buying Ruin