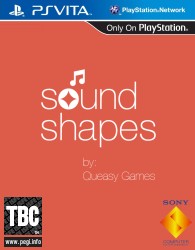 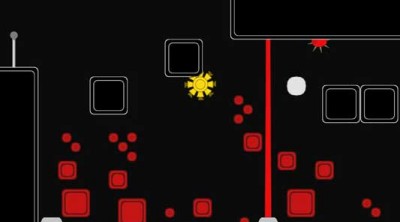 Sound Shapes combine music creation and platform gaming. With an accessible editor and level sharing over the internet, this will either be an internet sensation, or a curious oddity in the future history of gaming.

Like LittleBigPlanet, Sound Shapes appears to be a game split into two pieces. On the one hand it comes across as a quirky platform game with music and rhythm elements and on the other hand is a level creation and sharing platform, allowing you to develop your own ideas and share them with other players.

For those that enjoyed the musicality of Flower (PS3), Sound Shapes promises a similar aural journey, with each collectible in the platforming game representing a note, or sequence from the music. Picking these up gradually builds the soundtrack until at the end of the level the entire musical sequence is looping.

The creators are keen to emphasise the simplicity of music creation in Sound Shapes. It reminds me of the electronic sequencing toy, the Tenori-on, in the way in which notes are added by clicking them onto the touch screen in position. Here, the Vita's rear touch controls can then be used to move and rotate platforming elements which allow the game part to function by providing access to the notes in the sequence.

It's a fascinating experiment and one which, if it sells well and captures the imagination of the Vita's user base, could prove to be the next addictive gaming phenomenon. To achieve that it will need to strike a tricky balance between being flexible enough for experts to express great ideas, but simple enough to provide shortcuts to success for less experienced players. For those without a keen creative drive and who just want to play some great levels with top tunes, you'll be please to know that dance music creator Deadmau5 will be creating a base soundtrack for the games initial levels.

Sound Shapes is currently planned for release on the Playstation Vita and is currently awaiting a release date.


You can support Paul by buying Sound Shapes