US Success Will Bring Sumioni to Europe 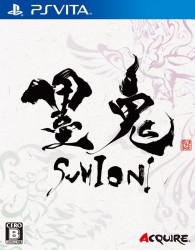 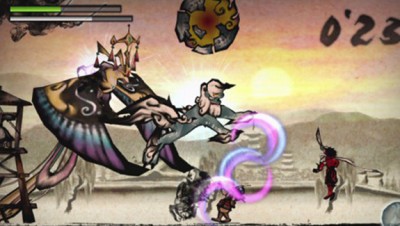 Sumioni: Demon Arts promises a lush artistic style combined with innovative touch-screen gameplay features. Whether this new IP will make an impact on Sony's Vita remains to be seen.

Sumioni: Demon Arts is a 2D side-scrolling platform slash-em-up, in which you will be challenged to fight off hordes of enemies with your sword. The game takes its visual design from old Chinese charcoal drawings famous for natural scenes and swirling brush strokes. If it looks a little familiar to you it might be because the source of inspiration here is the same as with Okami (Wii) and Okamiden (DS)

Like those games, Sumioni's key feature is the ability to draw brush strokes in order to add to the painting and provide new tactical options for the hero. A quick line here forms a new platform to jump to, while another flourish unleashes an attack upon the enemy. All the brush strokes are activated by drawing on the Vita screen. It appears that the game's controls have been designed intuitively so that full movement of the hero can continue single-handed while the other hand is engaged in drawing.

Sumioni: Demon Arts does not yet have a confirmed UK release or distributor. It had a shaky release in its home territory, received with mixed reviews which range from praise for its art style to criticism of its repetitive play style. Nevertheless, it has been picked up for localisation into English for a US release and we can only assume that Sumioni: Demon Arts' fate for a release announcement in the UK is dependent on how well it sells in the 'states.

Sumioni: Demon Arts now out for the Playstation Vita as a downloadable title in the US and is awaiting a release date for Europe.


You can support Paul by buying Sumioni: Demon Arts