Terrifying Survival Horror to be Remade 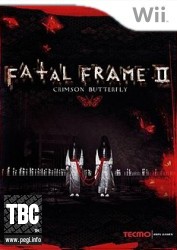 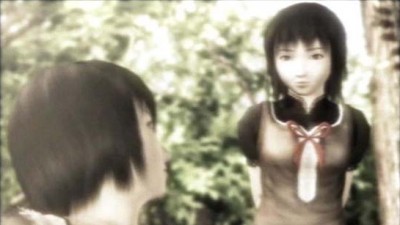 Fatal Frame II: Crimson Butterfly has previously been named the scariest videogame ever made, with dark secluded locations, phantom enemies and creepy Japanese twins all is present and correct.

Now it's on its way to the Wii, in the form of a remake/update of the Playstation 2 classic. The game has previously received a makeover once already, for the original Xbox, with improved graphics and a first-person view replacing the fixed and pivoted camera.

It's unknown what form the Wii remake of Fatal Frame II: Crimson Butterfly will take. Fixed-camera games have all but vanished since Resident Evil 4 made the switch to over-the-shoulder thirdperson, but many fans stated that even though the first-person view made the game less awkward to control, it lost some of the game's creeping atmosphere.

It's nice to see this classic horror series enjoy such a revival in gamers' minds, hot on the heels of Spirit Camera: The Cursed Memoir (3DS), which is a new game surely much inspired by Fatal Frame from the same studio. Whether or not the Wii remake can match the 3DS version's camera trickery, this will be a great chance to revisit a classic title afresh and most likely a chance for many of you to play Fatal Frame II: Crimson Butterfly for the first time.

Fatal Frame II: Crimson Butterfly is in development for the Wii and is awaiting a release date.