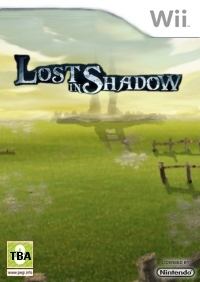 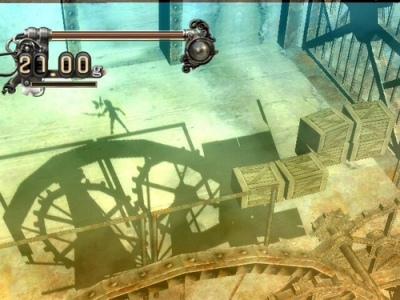 Lost in Shadow looks beautiful and has platforming game play to match.

Lost in Shadow is a Japanese Wii-ware game now coming to the UK this year. It is a platform game that makes clever us of Shadows to create a variety of puzzling scenarios - a little like Echochrome PSP.

Players fight their way back to the young man who sits in stocks at the top of a tower. But they can only interact with the shadows of the level. The shadows can then be manipulated by controlling the real world level.

If you pull a shadow lever the real lever will also move, which in turn moves its own shadow to create a new platform. It sounds complex but promises to create some interesting interactions with the strange perspectives shadows produce.

Perhaps as much as the play style though, its the look of this game that captured imaginations at E3. The game's architecture is reminiscent of Ico with beautiful sandstone castles in a sun-bleached world.

You can support Paul by buying Lost in Shadow