Party-Time in the Mushroom Kingdom 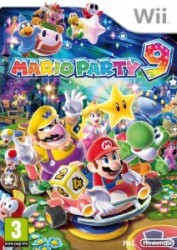 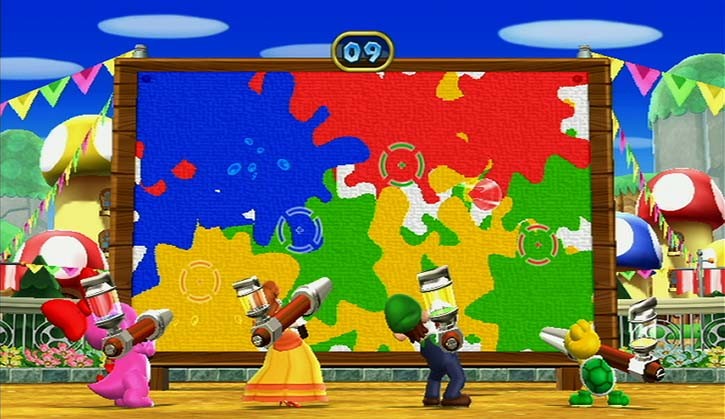 Mario Party 9 offers a whole new set of minigames to enjoy throughout the world of Mario and his friends, allowing action for up to four players simultaneously. Playing the board game is optional.

Mario Party 9 is a game which almost manages to say it all by its name. This is a series of Mario-themed party games, offering casual fun and bite-size challenges for a group of players. Up to four people can play together in a bid to collect the most stars and win.

The minigames appear to borrow from all over Mario's adventures, including Karting challenges, platforming, paint-shooting and shell bowling. There are even classic boss battles recreated in a four player arena, with players having to mix working co-operatively to beat the boss, whilst keeping a sneaky eye on their own score.

The whole game is wrapped up in a board game design in which the players move around spaces to get random effects and games. Thankfully (I say thankfully after my own disappointing experience with Boom Street (Wii)), those who do not wish to play through the board game side of the action will be able to access the minigames separately, ensuring this game has as wide an appeal as possible.

Mario Party 9 is currently planned for release on the Nintendo Wii on the 2nd March 2012.


You can support Paul by buying Mario Party 9