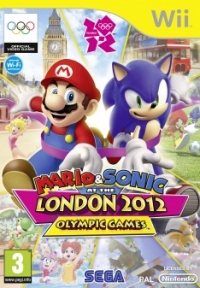 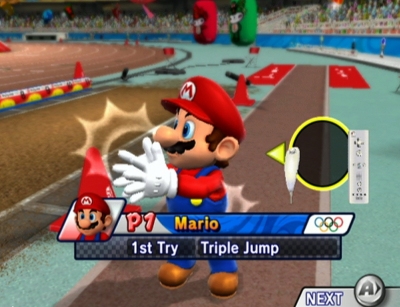 Mario and Sonic at the London 2012 Olympic Games Wii may only be a re-release of the original game, but that in itself is no bad thing. It will be interested to see whether the 3DS version is closer to the Wii or old DS experience -- as a sign of things to come for the new handheld system as much as for this game in its own right.

After the reasonable critical response (and a far stronger showing at retail) Mario and Sonic at the Olympic Games is coming back for London 2012. Like the first two games the formula here is firmly focused on fun and laughter. Football and Equestrian events join the original Olympic disciplines provided in the previous versions -- athletics, aquatics and table tennis.

The Wii version is also joined by a 3DS game that offers around 50 Olympic themed events in single and multiplayer modes. This will, of course, take advantage of the 3D screen and StreetPass features. It also seems likely that there will be special SpotPass items to collect if you take your console to watch the games in person.

Add all this up and it sounds like this is essentially a re-release of the Wii version with different packaging and some new events rather than a genuinely new title.

Although this may sounds rather negative, an updated edition of the original would be no bad thing -- particularly if they make all the multiplayer events available from the start.

Mario and Sonic at the London 2012 Olympic Games will be released later this year on Wii and 3DS.