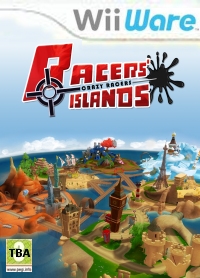 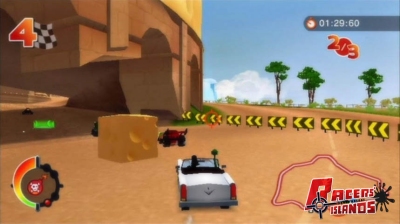 Each character has a specific weapon to use during the race to slow down other players. The unusual thing here is that you use the Wii-mote to shoot and the Nun-chuck to steer through the 20 tracks.

Four players can complete on one console, or eight can race in driver/shooter teams to create a rare local multiplayer experience.

Racer's Island is due to be released in Europe on 10th September for 1200 Wii points.

You can support Paul by buying Racer's Island