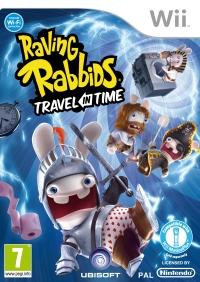 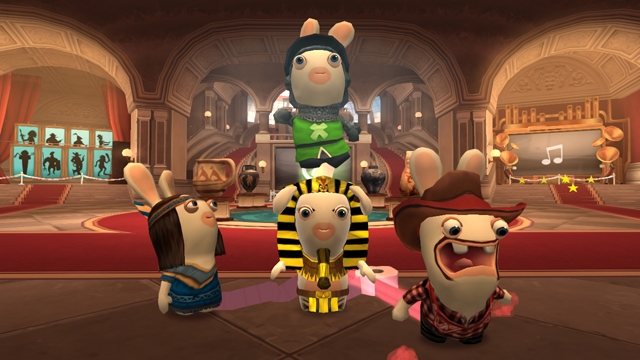 Raving Rabbids Travel in Time adds MotionPlus to the rabbid party, but it is the mischievous bunny outfits we're most excited to see.

Raving Rabbids Travel in Time brings the crazy conies back to the Wii around a time travelling romp through history. Their Time Washing Machine wreaks the sort of havoc we've expected from the series in a minigame experience.

As ever, a whole new bunch of party games are offered with 20 competitive games for up to four players. The bigger novelty though is that it supports MotionPlus this time round though - which even the excellent Wii-Party didn't make use of.

From Napoleon to the 3 Musketeers, unlock and customize your bunnies in a variety of historical costumes, all a little bit bunnified.

Raving Rabbids Travel in Time is released on 26th November.

You can support Paul by buying Raving Rabbids Travel in Time