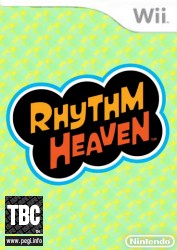 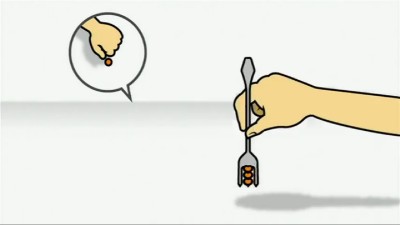 Rhythm Heaven promises to bring timely musical tapping action to the Wii, in a big screen version of the DS' surrealistic gem.

Rhythm Paradise (DS) (known as Rhythm Heaven in the US) brought fun music-based games to the DS handheld without the plastic banjos or electric drum kits that were strongly in vogue at the time. Simply tapping and sliding the stylus in time to the music brought play-a-long rhythmic gameplay to portable gaming.

A music title can be great fun among a party of players and so Rhythm Heaven is due to come to the Wii, to allow more players to see the action and join in the games. It's not clear yet whether the game formally supports any multiplayer modes, but even without it seems like the kind of game that everyone will want to get involved in.

The visual style is reminiscent of WarioWare: Smooth Moves, in that each new game and scene seems to be drawn from an entirely different artistic palette. There is no consistency in the art style, but this adds to the quirky appeal of the title rather than detracting from it as each new round brings a fresh visual and surprise.

That quirkiness extends to the soundtrack. It seems there are no self-consciously trendy chart playlists here. The soundtrack is a custom creation for the game and will likely sport a mind-chewingly catchy mix of electronic techno and sugary J-Pop. I'd better start making room in my head now for the tunes that won't leave.

Rhythm Heaven Wii has a possible US release date of 2nd March 2012 for the Nintendo Wii and is currently awaiting a UK release date.


You can support Paul by buying Rhythm Heaven