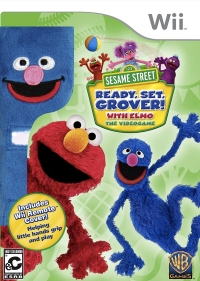 Further reading:
Once upon a Monster 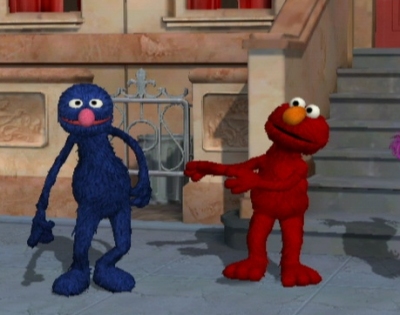 Sesame Street: Ready Set Grover may sound like a franchise led game, but in fact promises to be another nugget of imaginative genius from Double Fine. The combination of their theatrical storytelling with Kinect-led gameplay is just as significant as the Sesame Street branding.

Alongside the upcoming Kinect Sesame Street game Once upon a Monster from current darlings of download games Double Fine comes Sesame Street: Ready, Set, Grover! on the Wii and DS. This one is from Griptonite Games, who themselves are no slouches when it comes to casual titles, and promises to offer an engaging experience for preschoolers.

Like the TV show, this will be an educational offering with a particular focus on developing healthy habits for life. You control Elmo and Abby and help them jump obstacles, row a boat, and play Simon says style games. Each activity is designed to teach different life lessons -- physical activity, good nutrition, personal hygiene, and even the importance of rest and relaxation.

As a little extra fun (and purchasing incentive) the Wii game will come with a Sesame Street Wii-mote cover and the DS with an over-sized stylus.

This all sounds very good on the Wii, with its motion controllers, but a little less so on the DS. It will be interested to see how this game fares in comparison to Once Upon a Monster on Kinect -- not just for their relative success but as an index of who is using these systems. It may also indicate if free tat helps sell these games to young kids -- I'm hoping this doesn't start a trend like we've seen with magazines where more in spent on the plastic toy on the cover than the content inside.

Sesame Street: Ready, Set, Grover! is expect in the summer on Wii and DS.