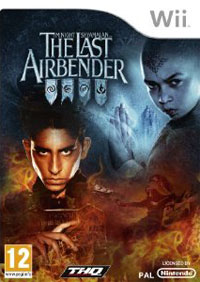 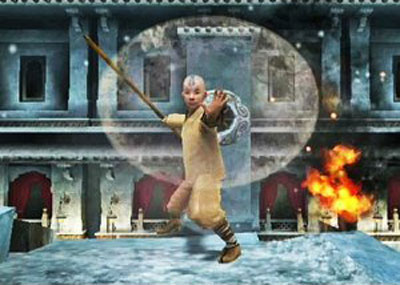 The Last Airbender brings the summer blockbuster film to the Ninendo’s console systems in the form of an action-adventure videogame. By revisiting the captivating scenes from the film you'll be able to gain a deeper insight into the movie’s story by playing as the hero Aang or the antagonist, Zuko.

Told from the perspective of the antagonist players will be able to take control of three playable characters and engage in epic battles and intense challenges throughout the game. By using the famous Bending powers from the film you'll unlock both fire and air talents to manipulate the environment and combat enemies.

Using the Wii Remote and Nunchuk you'll be able to master bending powers by performing hand movements unique to each character, raising destructive forces to take down enemies with aplomb. DS players will get to utilise the DSi camera, detecting what type of bending powers your friends posess while the Wii version will feature voice talent of the original film cast for a more authentic experience.

The Last Airbender promises to deliver a deeper understanding of the blockbuster film with its unique motion controls, DSi camera integrations and story perspective. The Last Airbender is available on August 6th for Wii and DS.

You can support Paul by buying The Last Airbender