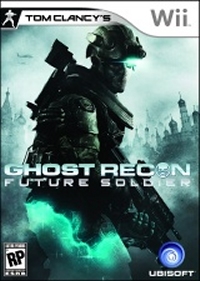 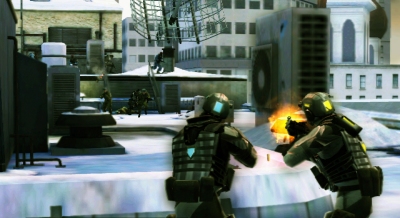 Ghost Recon's two player local co-opertive play is a rarity on the Wii. This and the third person and full screen gameplay promise something that will appeal to both hardcore and casual players.

Ghost Recon has a reputation for steady calculated squad based combat. The Wii and PSP versions of Tom Clancy's Ghost Recon promise to continue this with 12 combat and tactical infiltration missions in the villages of Norway and streets of Moscow.

Ghost Recon on Wii and PSP moves to third person and in doing so is naturally more accommodating of casual players. On the Wii two players share a screen in an intelligent co-operative mode. Friends can hop in and out of co-op as they want to - with the AI taking over as needed. On the PSP the ad-hoc multiplayer accommodates three players so that together you can employ flanking to out manoeuvre the opposition.

Coming from Next Level Games - who were responsible for the success of Mario Charged Football's for both hardcore and casual players, Ghost Recon looks to be in safe hands. It is due for release September 2010.

You can support Paul by buying Tom Clancy's Ghost Recon