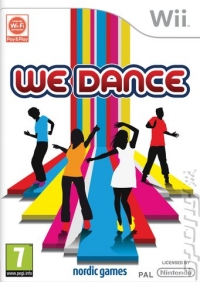 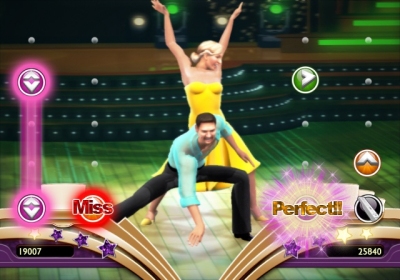 We Dance Wii is a new dance game from the makers of We Sing. It promises support for up-to four players simultaneously and takes videogame dancing in a classical ballroom and latin direction.

We Dance will include three different control modes. Using the Wii remote only, a dance mat accessory, or both at once. In addition to standard dancing, it will include warm up sessions, and a dance school for practicing steps and hand movements before trying them out in the main game.

There are also some four-player party mini-games included, known as Jump, Step and Pose. Like We Sing, there will also be a jukebox mode known as Dance TV for checking out the tracks and videos. The game will launch with 40 dance tracks from a range of eras and genres. Here's the full list:

We Dance is due out in May for Wii consoles.


You can support Paul by buying We Dance