The Legend of Zelda Wii U Nintendo Wii 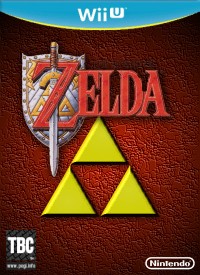 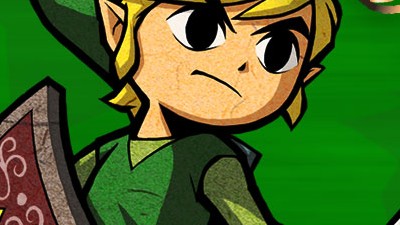 The Legend of Zelda will get a new direction in its next title. Here are 5 things that will likely be part of the shape of the Wii U exclusive Zelda adventure.

Nintendo have promised to "rethink" the conventions of Zelda in order to make this new Legend of Zelda game for the Wii U. Here are 5 things, based on what we've already been told that seem like a must for the new Zelda game.

With every new Zelda title, Nintendo have adapted the gameplay to match the new console format. The Legend of Zelda: Skyward Sword gave new swordplay possibilities, due to the sensitivity of the MotionPlus controller, while the DS iterations (starting with The Legend of Zelda: Phantom Hourglass (DS)) used the touch screen to draw routes, guide gadgets and even used the microphone to "blow out" candles.

The new Wii U Legend of Zelda game is likely to have new control options, based on the Wii U gamepad and will probably use the secondary screen as a special view as well as firstperson aiming for arrows or slingshots.

As you can see from the images alongside this article, Zelda games have been through many different looks. The recently-announced HD remake of The Legend of Zelda: Wind Waker (Wii U) apparently began life as a prototype for HD art styles for the new game, so it seems probably that Nintendo are looking to return to this more cartoony, colourful world for the new adventure.

This will close the distance between the two DS-exclusive adventures with the Wii U version and hopefully we will see a new 3DS Legend of Zelda tie-in, more closely related to the Wii U game.

One of the conventions of Zelda that Nintendo have announced they are changing is the singleplayer nature of The Legend of Zelda. Combined with the new control system we will likely see with the gamepad, it is highly probably that there will be multiplayer in the new Zelda and that the multiplayer will be asynchronous, the way we have seen with Nintendoland (Wii U)'s minigames.

We may also see a return of the kind of cooperative puzzles that made The Legend of Zelda: Four Swords (GBA) such an addictive title.

The other convention which Nintendo want to rework is the Linear nature of the gameplay. They have said that Skyward Sword was meant to be much less linear that it was, but they were unable to do it properly, so expect the new Wii U Legend of Zelda game to be much more open-world.

Hopefully non-linear will not equate to "full of backtracking" as Zelda title traditionally use the upgrading of gadgets to gate-keep progress in levels. It will be frustrating if players are force to continually drop in and out of dungeons over and over again simply because they do not have the right combination of gadgets.

Nintendo are proud of the strides that the Wii U MiiVerse has taken in becoming a new social media platform for gamers, allowing participants to share game progress and chat. The HD remake of The Legend of Zelda: Wind Waker (Wii U) is already being promised a MiiVerse compatibility feature and since that game seems to be the testing ground for features for the new Wii U Zelda game, it's a likely thing that this will be an important feature.

The new Legend of Zelda game for the Wii U is still a very long way off. If Nintendo are planning to release the updated The Legend of Zelda: Wind Waker (Wii U) in Autumn 2013, then it will be Q3 or even Christmas 2014 before we're likely to see the new title in our homes, but just thinking of the possibility has us excited already.