Pikmin 3 announced for Wii U 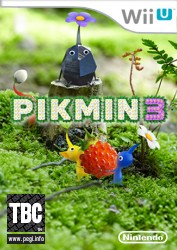 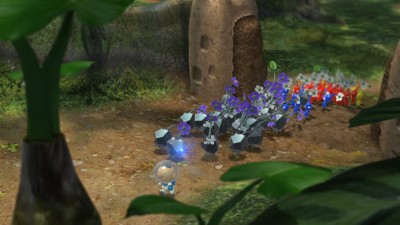 Pikmin 3 will come as welcome news to the legions of fans of the Gamecube originals and should prove to be a spectacular exclusive title for the new Wii U console.

Pikmin 3 will be a strategy game unlike many others. In Pikmin 3, you don't have to micro manage all your units. You control a main character and the other Pikmin follow you around, diving in to action when instructed. It's a format which has been used in other games rarely and equalled in quality even more rarely. The only other games I can call to mind are Little Kings Story (Wii) and Darwinia (PC). It also makes for a very inclusive kind of strategy, avoiding the endless clicking and struggling to select units accurately which put so many off the Real-Time Strategy Genre.

It's also a very family friendly title, with a strongly comedic bent and lovable, colourful characters. The violence here is cartoon slapstick, with Borrowers-style intrigue among giant environments, perfect for fuelling the imagination and getting stuck into the scenario.

Pikmin 3 is another high-profile title for Wii U which will do little to showcase the possibilities of the new controller with its built-in screen. In fact one of Pikmin 3's possible control options allows for the use of the Wiimote or even control pad options. The only benefit of the new controller so far is that the current level's map will be displayed on the Wii U control pad's screen.

Also, despite Nintendo's increased focus on online connectivity, Pikmin will not feature online multiplayer. Apparently this is due to the technical demands of communicating the position of the 100 Pikmin units but is still odd given how many RTS games have managed online multiplayer in the last 10-plus years. However the co-operative gameplay will be available as a local option. Hopefully this lack of online multiplayer is a one-off blip for Nintendo's new machine.

Where Pikmin 3 shines as a Wii U title is the beautiful environments through which you will journey. It really seems to make great use of the Wii U's increased power and the natural setting, with trees, plants, water and characters are sights which it would have been hard to realise on the Wii's old hardware.

Pikmin 3 is currently planned for release on the Wii U and is planned to be a near-launch title towards the end of 2012.


You can support Paul by buying Pikmin 3