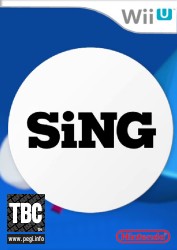 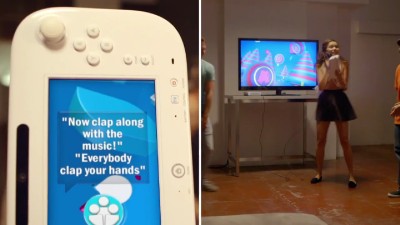 SiNG is a new party karaoke game launching for the Wii U alongside the new console. The new feature this time around is the handy gamepad. But what's the benefit?

A new music-based game is often something of a cause for alarm. There's an investment of money and living space given over to plastic peripherals and it seems that there is rarely much compatibility between consoles or games. People are often more inclined to buy additional games in a series for existing consoles to avoid having to buy yet another drumkit. For entry-level gamers, there is also that additional financial sting for microphones, etc.

Not so with SiNG (working title), which is able to use the new Wii U gamepad as a microphone controller, negating the need for additional costly peripherals. This may be where the Wii U gamepad's genius begins to show. A controller flexible enough to do away with the need for game-specific controllers? Time will tell.

In SiNG the gamepad is a combination of microphone and prompt, displaying the lyrics to the singer alone via the touchscreen, while the screen is filled with dancing prompts and other actions for the rest of the people in the room.

Having the words on the gamepad means that you don't have to stare at the TV with your back to the rest of your party. Whether you'll want to is a different matter and this seems something of a gamble for SiNG's marketing. Karaoke is a great crutch for less outgoing folk and often being able to focus on the screen, with its parade of passing lyrics, is a huge comfort and allows you to avoid locking up under the stares of your onlookers.

Of course any karaoke or music-based game lives or dies based on the track list and at the moment we'll just have to wait and see. In keeping with the zeitgeist, it's likely that one of two of the big tracks for this game may not even have been released yet. But still, unless the track list is unthinkably horrible, it seems likely that with this game appearing alongside the Wii U around Christmas, this game will probably get family and friends together around the console, which is surely the point.

SiNG is currently planned for release on the Wii U alongside the launch of the Wii U at the end of 2012.


You can support Paul by buying SiNG