Other GamePeople columnists have reviewed this from their perspective - huh?:
Family Gamer (360)
Frugal Gamer (360)
Dressup Gamer (360) 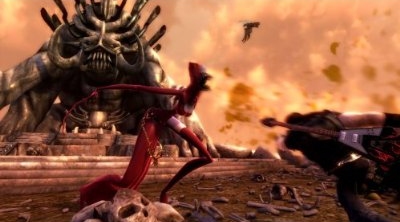 This is Brutal Legend, a review in the form of a short story. Given a new lease of life by his death, Eddie wants to do things his own way. But isn't there a reason things are done the they are?

You can support Chris by buying Brutal Legend