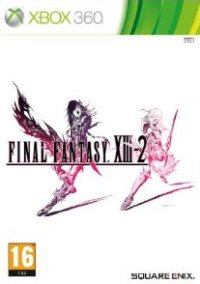 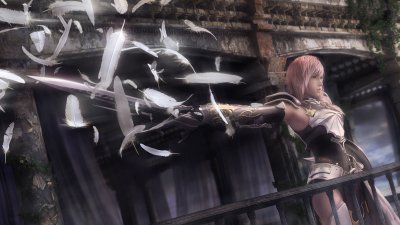 Final Fantasy XIII-2 builds upon its predecessor in every aspect, and by doing so gives you more involvement and choice.

Detractors of the original Final Fantasy XIII cited its linear nature as a failing, feeling that they were simply being herded from one encounter to the next and that the impressive cinematic action -- for which Final Fantasy is justly famous -- created unnatural breaks in the action.

In this, a direct sequel to Final Fantasy XIII (called Final Fantasy XIII-2, rather than XIV, in case you're confused) each of these areas has been addressed to create a more cinematic adventure, while at the same time providing the player with continual involvement in the unfolding action. Visually, Final Fantasy XIII-2 is still at the forefront of animated visuals with incredible effects, huge battles and dynamic direction.

Environments are much larger and more complex than before, allowing a more free range of exploration, multiple routes and optional side-objectives along the way. In the demonstration I witnessed, the characters had a choice for how to go about tackling a large enemy, undertaking an optional side quest which weakened the boss overall and provided a more straight-forward battle.

This allows the player to feel that they are always involved.

The cinematic breaks have also been overhauled. During cut-scenes and certain special events during a battle the player is given Quick-Time-Event button prompts which lead to either success or failure. Successful actions typically deliver greater damage or provide buffs to the characters, whereas failing the button prompts often drains health or delivers other negative effects. This allows the player to feel that they are always involved in play, rather than becoming passive during cut-scenes.

The boundary between cut-scenes and player action becomes even more blurred in other sections of the game. A section featuring Lightning, the main character, on horseback in a running battle with a huge flying creature -- a player-controlled battle takes place as the movie plays out, with the player's actions directly influencing the outcome of the battle and the cinematic.

At first, Final Fantasy XIII-2 can appear impenetrable to new players. Even as a veteran of past titles myself, the ideas and names the characters throw around in on-screen conversation are complex and confusing and the Paradigm battling system is entirely bewildering to an untrained spectator. However, for new players this game promises to reintroduce the battle system with careful tutelage and also features a handy recap of the events of the previous title.

The most impressive and lavishly-produced Final Fantasy game.

The designers are confident that the Paradigm battle system is the most intuitive way to give players simple yet nuanced control over every aspect of battles. While it is visually complex the game carefully trains the player in mastery of its modes, which allow player characters to adopt a role in battle and take the best approach to dispatching enemies.

This is all shaping up to be the most impressive and lavishly-produced Final Fantasy game ever and with the careful tweaks to the gameplay making it more accessible than ever, this could be the perfect title to become immersed in this incredible and visually spectacular drama.

You can support Chris by buying Final Fantasy XIII-2