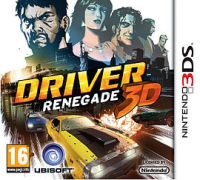 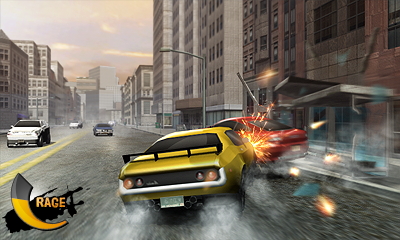 Driver: Renegade attempts to bring back the charm of the original title. It misses the mark, but in the attempt delivers something far more entertaining.

I'm also struggling to remember what Driver did so well which Driver: Renegade doesn't. Maybe we've just moved on to more complex games, because I found that watching plot exposition which leads inevitably to a car-based driving mission stretched the narrative far too far. The grim and dark Film Noir comic strips and hard-talking characters give way to serene daylight car chases which feel more like suddenly taking part in kiss chase on a sunny afternoon. Every mission is a variation on driving through a series of checkpoints or demolishing other cars or landmarks.

Stripped of any pretence of narrative or character the basic driving can actually be addictive.

Ironically, I was about to give up on Driver: Renegade when I thought I would give career mode a try. Here, Driver: Renegade becomes a totally different experience. Fun, fast, cool and exciting: all the things which made the first Driver such a compelling experience. The career mode offers a mix of time trials, destruction challenges and four-car races each to win medals and unlock a series of nicer cars.

It's odd, because I would normally be an advocate for how a good story and clear sense of place can lift even the most basic of game ideas to a higher level. But in the case of Driver: Renegade the story mode seems to work against the game, denying the levels the fun and freedom the gameplay aims so hard to deliver. Stripped of any pretence of plot, narrative or character the basic driving experience can actually be extremely addictive.

The career mode delivers experiences very rare for a Nintendo handheld. The races are an almost freeform scramble across the city, allowing the player to choose the most efficient route, while sabotaging the other drivers. The fully licenced music provides a brilliant audio backdrop, although I found I had to plug a decent set of speakers into the 3DS to really appreciate the sound. It's a bit low-fi and not all of the bands are exactly famous, but I did spot familiar names in The Noisettes and Dr John. The only drawback to the audio is the main character's offensive yelling at opponents, which is a sad carry-over from the story mode.

Fun, fast, cool and exciting: all the things which made the first Driver such a compelling experience.

The timed destruction races are highly addictive, challenging the player to destroy as much city scenery as possible in a limited time. Time trials also provide a great opportunity to focus on enjoying the driving and handling.

Therefore - in spite of the fact that I would never have done so based on the main campaign - I find myself wanting to recommend Driver: Renegade to any 3DS owners. The lack of multiplayer is a pity, but will hardly come as a shock to regular Nintendo gamers. The career mode alone is worth the purchase, maybe once the retail price drops a little.

You can support Chris by buying Driver: Renegade