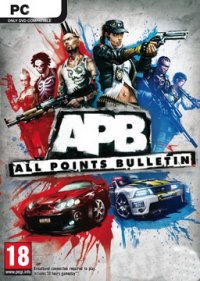 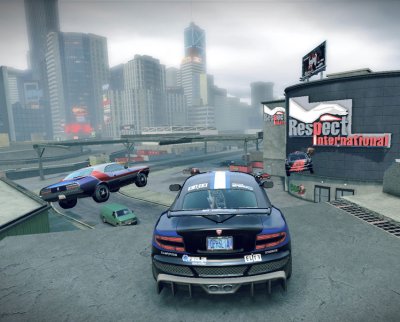 APB Reloaded masquerades as a second lease of life for a once-cancelled MMO, which belies the careful tuning behind this fresh revision.

APB is a game which has already once been released and since cancelled. Players of the original title enjoyed a short two-month exposure to the open world role-playing game back in 2010 until the developer went into administration, forcing the game servers to be shut down.

Gamers First, a site offering free-to-play download titles, recently announced that they had acquired the assets and rights to APB and were re-releasing it and supporting it themselves.

However, what sounds at first like a simple case of abandonware being given a second chance to succeed actually doesn't do justice to the careful work which has gone into making APB Reloaded a much more enjoyable, accessible and rewarding experience. The core of the gameplay has shifted away from the RPG focus of the original to a more shooter-style mechanic, with the emphasis on fun drop-in-and-play action.

APB Reloaded is now a kind of mash-up between Counter-Strike and Grand Theft Auto.

Every element of the game has been tweaked, from the achievements available, the class system, the pledge system and even the way players take control of nearby vehicles in order to ensure that the whole experience is the most intuitive and enjoyable online shooter going.

APB Reloaded is now a kind of mash-up between Counter-Strike, with its choice of sides between cops and robbers and a persistent online Grand Theft Auto, with its open world, free vehicle selection and quickly-spawning mission opportunities.

Appropriately for this kind of mix, the vehicles all have a unique driving feel, with improved handling from the original and the weapon selection is varied and should encourage players to adopt a favourite load-out, strategy and team role.

The core of the gameplay has shifted away from RPG to a more shooter-style mechanic.

As with many free-to-play titles, the core experience is provided free, with micro-payments for special items and personalised items. The open beta has already proved popular with 24,000 accounts created in the first weekend, according to GamersFirst. Indeed within a few moments of joining a server myself, I found myself involved in a mission and firefight within a minute of being dropped into the city.

APB Reloaded is currently in Open Beta for the PC and can be found at www.gamersfirst.com.

You can support Chris by buying APB Reloaded