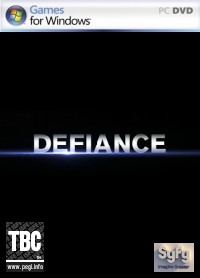 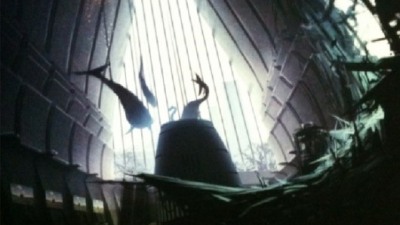 Defiance attempts a new convergence between filmed and interactive mediums that raises interesting questions about how play spaces are crafted.

Defiance is a new project by the Syfy television network and game developer Trion Worlds. Developed side by side, the aim is to create a new kind of relationship between a TV series and a game project. The developer wants to create a synchronicity between the story events as they take place in the TV series and the in the world of the game. As the game is being developed as a hosted MMO, it's far easier for the developer to update content and control the in-game events dynamically.

The show itself is set on a future version of the earth than has been invaded by an alien species. Mankind is definitely on a defensive footing and fighting for their survival. The game itself is an action-shooter with strong player classes. This provides an immediacy of arcade action, rather than the point-and-click combat of many MMOs. It's a colourful world, with the familiar forest and blue skies of home being joined with psychedelic flora and fauna from the alien visitors.

The producers are talking big about their aims to make the relationship two-way. The plan is for certain player's actions to make it into the story of the TV series, even going so far as to suggest that top scoring players may well get name-checked on TV as being peripheral characters of interest in the story. Given the incredible emergent actions that a group of players can achieve in an MMO space, it would be amazing to see these actions impact the plot of an ongoing TV drama.

It would be amazing to see these [MMO gameplay] actions impact the plot of an ongoing TV drama.

It's an approach which raises some fascinating practical questions, highlighting the differences between TV and game media, especially given the fickle nature of TV commissioning, which sees many series cancelled after a first series (or even only 10 episodes) whereas an MMO is a longer-term commitment over a number of years.

For a start, a standard US TV series runs for 20-26 episodes over a period of six months, then takes a break to return the following year with a second season. However, an MMO is played all-year around and if the unique selling-point of Defiance is the convergence between game and TV show, it's a worrying prospect to think that servers may become devoid of players during the downtime.

This is far from an insurmountable challenge though. It's possible to conceptualise a scenario in which the downtime between seasons allows player to explore elements introduced as a cliff-hangar or even for the writing team to focus on exploring the actions of the players for potential material to include in the following episodes.

There'll also be a long turnaround between emergent game events and occurrences in the TV show. The process of including information in a script, shooting the scenes, completing editing and post-production and then broadcast can be lengthy. In most cases, the majority of a series is already created before broadcast begins, especially as most science fiction episodes take longer than a week to create.

What is most tantalising is not how ambitious the project sounds, but how achievable it seems.

Then there's the problem of how information is released. The open-world nature of MMO design seems at odds with the way plot-points are revealed in an event-style TV show. Information about the world of an MMO opens up at the rate of discovery by the community. Certainly within the gap between weekly episodes a huge amount of playtime can be invested in a game by the player and most of the secrets of a world discussed and dissected on message boards.

It means that in order to maintain mystery for the TV show (ed: assuming it is a suspense driven series?), areas of the game world must surely be closed to players in order to prevent premature reveals by the player community. Again, it isn't an insurmountable challenge, but it does suggest that in the opening weeks of the game there will be a very limited amount of the world available to explore.

Much of this is speculation. It's worth remembering that the soap opera format (not often associated with science fiction, due to the special effect demands) runs year round, with topical plot additions often included even though the bulk of the episode is produced weeks before. What is most tantalising about this prospect from Syfy/Trion Worlds is not how ambitious the project sounds, but actually how achievable it seems to be, given the advances in digital technology in recent years.

Defiance is currently in development for the PC and is due to appear alongside the TV show.

You can support Chris by buying Defiance