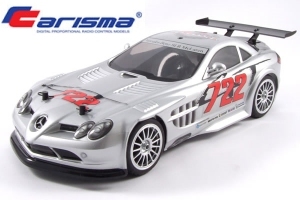 Working with a professional photographer on images for my upcoming review of the radio controlled Carisma GT14 Ferrari FXX and Mercedes Benz 1/14th cars was something of a dream come true. Photography, gadgets, technology and electric r/c racing all came together in an afternoon of wonder. What's more I came away with some awesome shots for the review.

While I'll leave my review to speak for itself, the Carisma GT14 Ferrari FXX and

I was particular excited to be working with a new style of photographer too. Tim Pestridge, who get's his inspiration from David Hobby, embraces the modern wireless ultra-portable flashes, allowing contemporary photography without the traditional big studio set up. This is a great fit for our R/C sessions which by it's nature needs to be agile and outside.

The first job of the day was to plan the shots we wanted to get. In the hands of my photographer we came up with our story for the day. A pre-race hero shot, a tarmac warm-up shot, a speed motion shot, a winners podium and a post-race damage shot. I really liked the way we could build a story around a set of images much the same as I would when planning an editorial. In fact the whole ideal of editorialised images like this was an intriguing idea.

Having sketched out our plans for capturing the heart of these diminutive Carisma GT14 cars we started unloading kit. Tim focused mainly on his mkI & mkII Canon 5D, combined with his wireless flash trigger the Elinchrom skyport system. The shots were then lit by the Elinchrom Ranger 1100W, Canon & Metz Speedlites along with a clutch of light shapers and diffusers - his favoured being Lastolite's Ezybox. All this to hand we started the real work of constructing the shots. 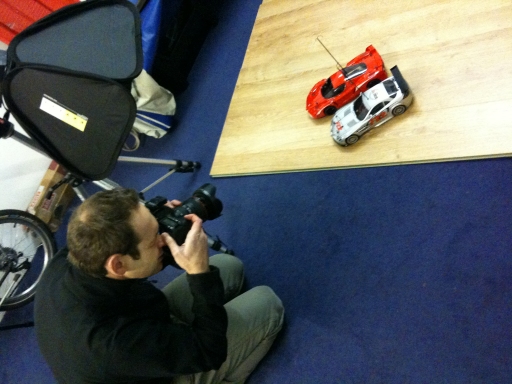 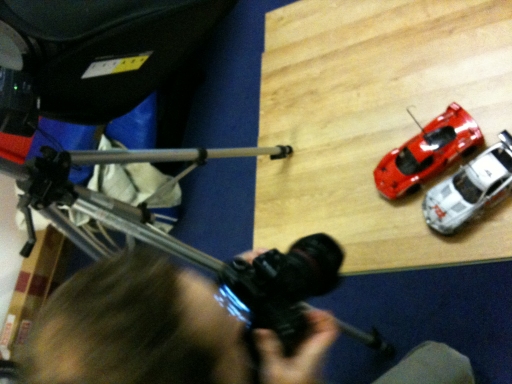 This shot we set-up in studio before hitting the tarmac. The cars were unboxed and prepped with a light brush down. We slowly built up the shot we wanted with a series of radio-controlled flash triggers. This was not just about lighting the area but applying dark and shade to each vehicle. As the images developed, we got closer to our desired look. A dispersed overhead flash was complemented by a side flash to create the resulting heroic glow. We decided to start and end our story in the hands of the driver as, after all, this is what the review process is all about - the fun for the driver. 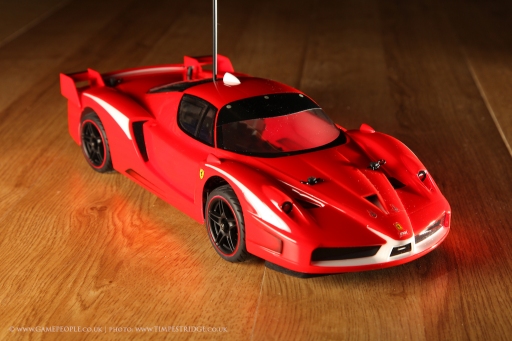 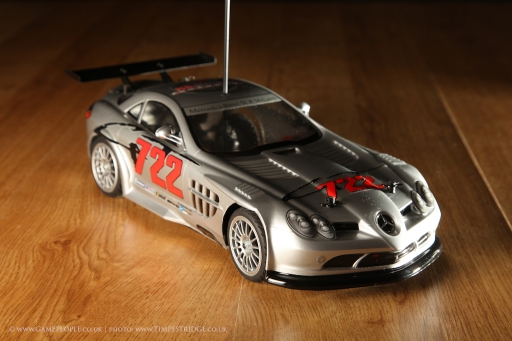 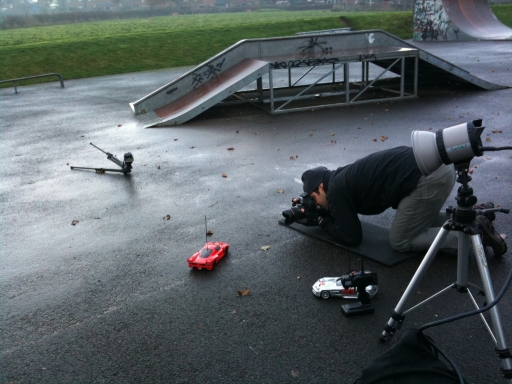 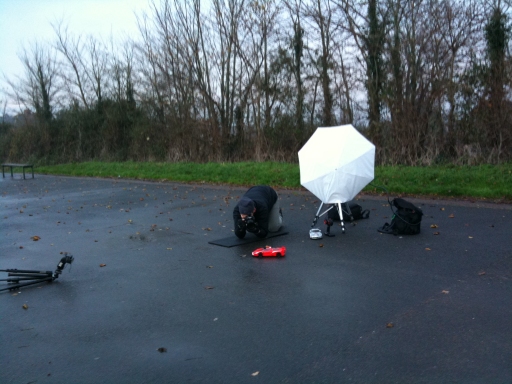 Out on the track we first got a sense of how fast these cars went. It was great fun to discover they each had more power than could be handled by their diminutive size and grip. This meant driving was a real balance between drift and forward momentum, perfect for capturing a burn-off image.

With the big flash out for overall lighting and a couple more positioned around the cars, we took the camera down to ground level. It took a few goes to capture the shot we wanted, as well as spraying both camera and photographer in water. But the result was well worth it. 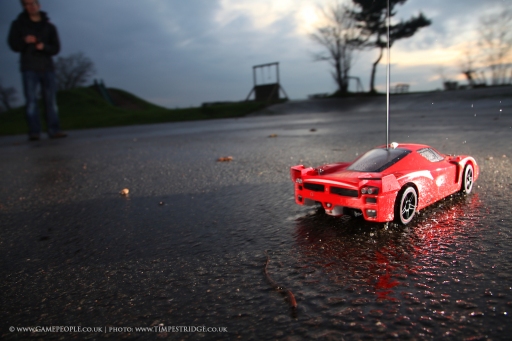 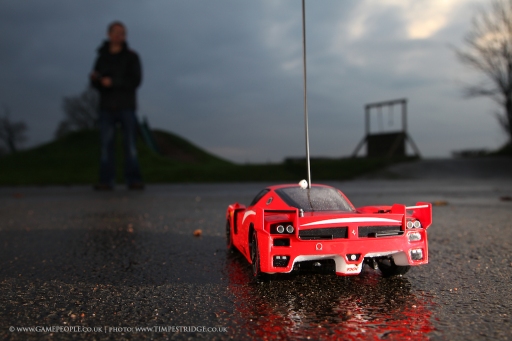 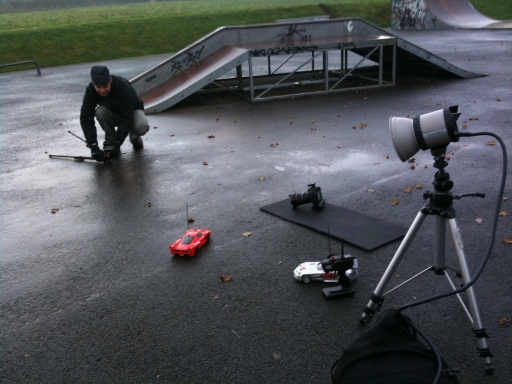 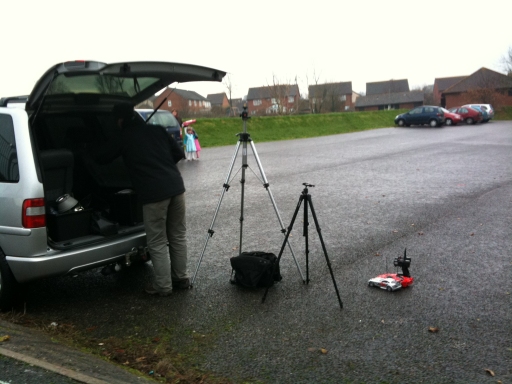 The cars now both in full flight, and with the evening light dwindling we needed to crack on with our motion images. We dialled back the flash and took the camera higher to gain a sense of perspective. The aim here was to capture the car as a still object using the flash whilst leaving the background to blur. The result was an image that showed both the scale of the radio controlled car as well as a sense of its sheer speed. 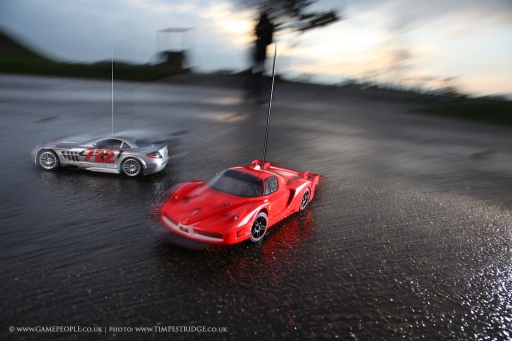 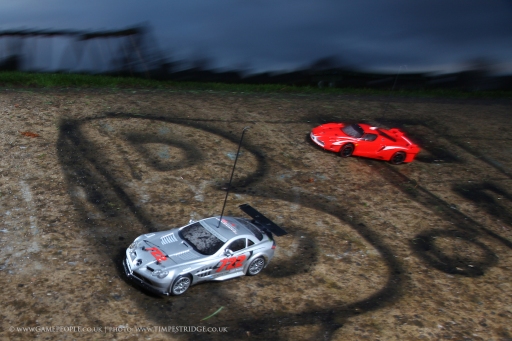 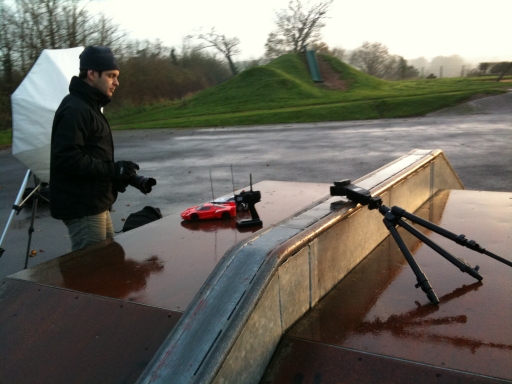 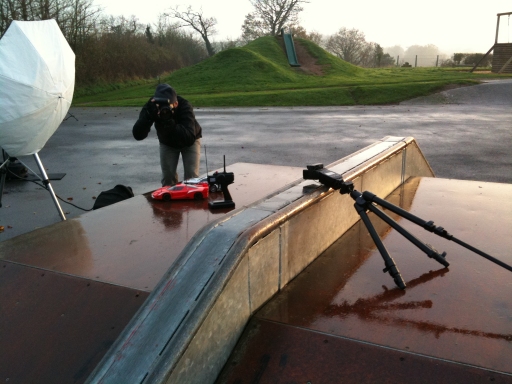 With batteries now dwindling, we took the cars to a static skate ramp for our winner's podium shot. Here we wanted to create a calm after the storm of our previous activity. Night almost fallen, and a good day's shooting under our belts, we constructed an image using tripod's and flash to generate a street lamp lens flare. 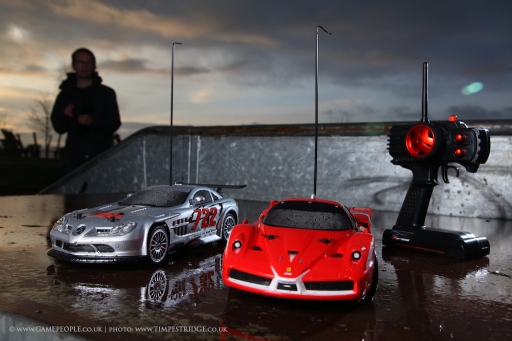 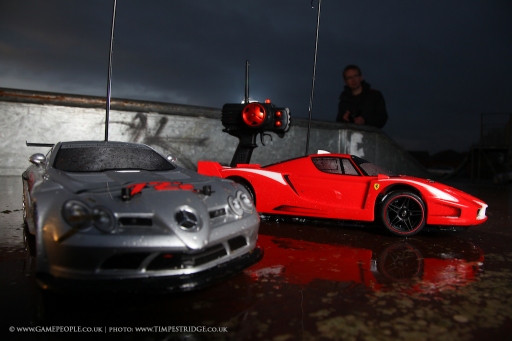 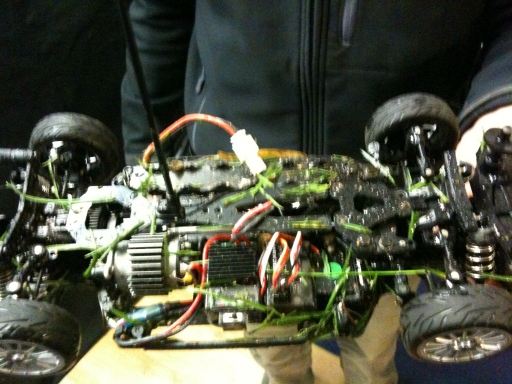 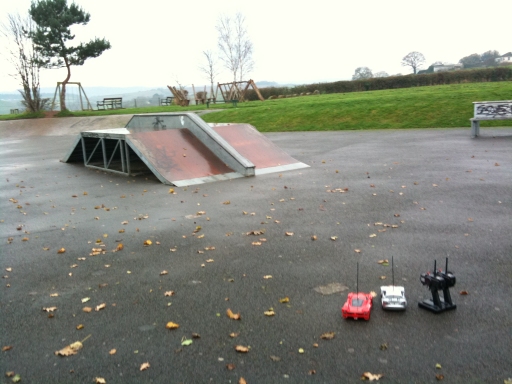 As we packed away the impressive array of photography and radio-controlled car kit, there was just time to snap a few shots of the damage to the cars. Considering the abuse, water, grass and grit we'd thrown at them they seemed to have stood the test well. The shot here returns the cars to the hands of the first image and completes the story. A single flash lights the cars enough to be seen in detail while leaving the surroundings shrouded in night. 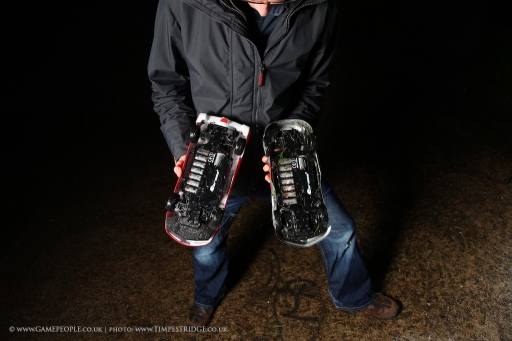 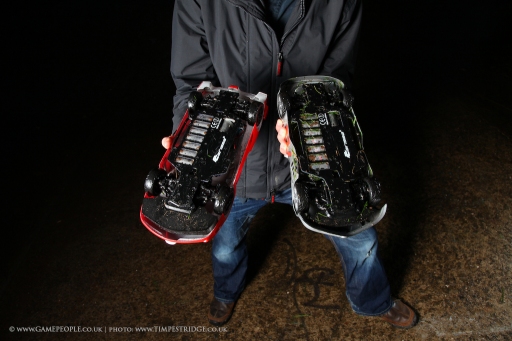 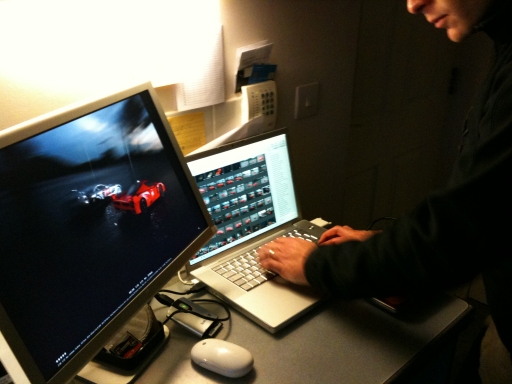 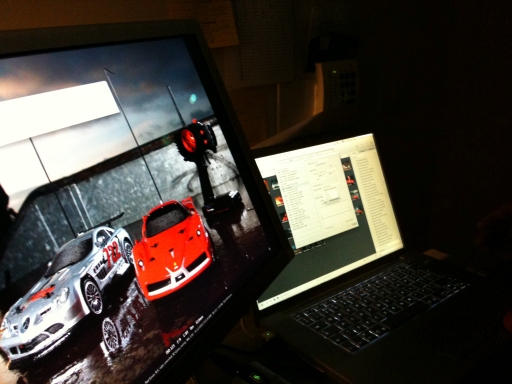 The final thing to do was to hit the Macbook Pro and Aperture to pick, process and watermark all our hard work. As we flicked from one image to the next we could see our review story emerge in front of our eyes and my thoughts turned to the format and words that we would be wrapping these pictures in - something like you are readying now maybe.

You can support Rupert by buying Strobist Car Photography