Carcassonne is More Enjoyable Than Any Videogame 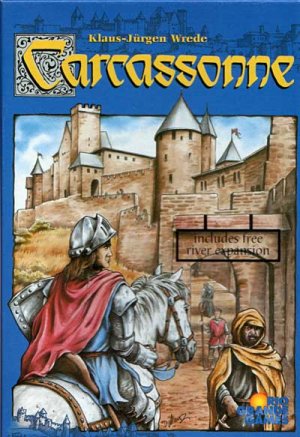 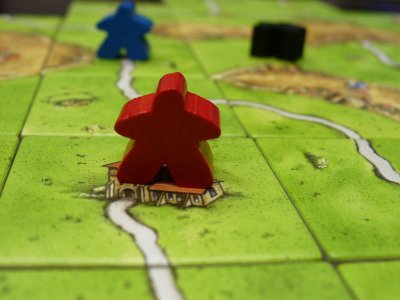 Award-winning Carcassonne has reminded me that for fun, strategy and sociability, videogames do not even come close to the satisfaction of a really decent board game.

I confess that for a moment I lost my way. It started as a bit of a laugh with Mario Kart and Elite Beat Agents. But then it became more than just a flash in the pan. The Zombies turned my head for a while before losing theirs, and I was wooed by Professor Layton and his assistants. A gentleman leaves no problem unsolved, and I found it very hard to either.

A year ago I was safely cocooned in my videogame-free world. Since then my resolve has been severely tested. At first I was more interested in reading about the games than playing them, but once I began to feel at home in this particular community it wasn't long before I found my behaviour changing.

But then that was always my fear. My days are usually busy and often emotionally demanding. The first half an hour after the kids are in bed sets the tone for the evening, and in the absence of a better option, spoon-fed relaxation/recreation/sedative is hard to resist. The path of least resistance. And often the path of least fulfilment.

To be fair the DS has got to be just about the least sociable gaming format in a one-DS household. I actually quite like my wife and so I'm not totally averse to spending a bit more time with her, but I'd be kidding myself if I thought that with a new console we'd be a happily united gaming family. It's just not going to happen, isit?

But not all games are the same, and salvation arrived in the form of a great board game in a terrible box. Carcassonne looks like possibly the dreariest game in the world but turns out to be anything but.

It's a turn based game for 2-5 players (or 6 if you have the first expansion set) but in my experience best played with 2 or 3. The 'board' is made up of square tiles which is assembled through the game. Each turn you draw a piece and add it to those already played and if you wish to you can stand a little man, from your limited supplies, on the piece you have just placed to lay claim to a city, road, priory or farm. As the game progresses you score points by completing the said city, road or priory and at the end your farmers score points for every completed city they adjoin.

So it's a game about tactical building and careful deployment of resources. Strategy combined with the luck of the draw. It's simple and relatively quick (maybe 45mins to an hour for a game) and we love it.

It's aesthetically pleasing and draws you in from the start. But it's beauty is not skin deep. As time has gone on it has gradually revealed its deeper charms. We discovered at the end of the first game what was not immediately obvious from reading the rules -- that farmers will most likely win it. But then next game we overplayed them and ran out of men.

We have played most of our games with the same three players and it has been immensely satisfying to develop our tactics together.

The first few games we played nicely. But then we realised that you don't have to. With a little careful planning you can outnumber another player on a city they have been carefully building and steal it. The first few times that happened it came as a bit of a shock. Then we became a bit more savvy and saw it coming. This inevitably led to an escalation on both sides and before you know it you've deployed more men than you can comfortably afford. In a game of three players this often means that the nice one who doesn't get involved can steal a march on the other two while they're slanging it out. I'd still rather be in the thick of it myself. It's just more fun.

Then you've got spoiling tactics, a relatively new approach we've discovered after a few months of playing. This is definitely nastier than stealing a city. You play a piece very close to or adjoining another player's city etc that makes it impossible or very unlikely that they'll be able to complete it and bag the points. It is a wrecking tactic, pure and simple and very probably not very sporting. When I say it's an approach 'we've' discovered, I think I should admit that no-one else has sunk low enough to use it unless provoked by me. But then I like to think that game-playing ought to be able to reflect the bad as well as the good in human nature. And it's only a game after all.

Luck also plays an important part. It has occurred to me that a really serious player -- there are world championships -- would do well to count the pieces as they come out to give them the edge. As the game draws near to an end you need to time the completion of your cities right to get maximum points and knowing which pieces were left would be extremely useful. But that would take a brain a lot more highly-functioning/underused than mine. And where's the fun in that anyway? It's always better to blame bad luck than to accept any responsibility for your own failures.

Salvation arrived in the form of a great board game in a terrible box.

Although it's not a game where you talk a lot to each other while you're playing, it's still highly sociable, and that is not to be underestimated. There is something magical in shared quiet concentration. The odd remark about where to play a piece, the dirty look as someone plays unnecessarily competitively, the shared biscuits and freshly brewed tea.

Our love of the game has not gone unnoticed. The kids are now learning to play too, and I've had to restrain myself from playing aggressively at the moment. But it's worth it. Carcassonne has been a wonderful and timely reminder that board games have a lot to offer.

You can support Chris by buying Carcassonne