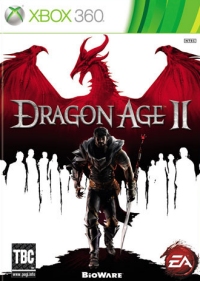 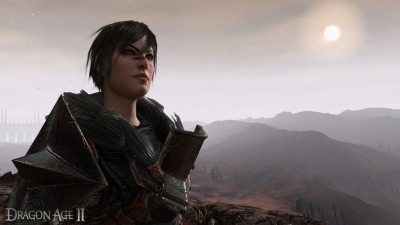 Dragon Age II has deep, character-driven subplots but to find them you have to deal with a tedious, repetitive world. I'm too old now for games to feel like this much work.

There are some constants in gaming, things that have remained unchanged even on my return to the medium. For example, the studios that excelled when I was growing up are still the ones leading the way. I know I'll enjoy the next Valve, Blizzard, Nintendo EAD or Rockstar game.

Assumptions, however, make mules of all of us. Take BioWare, for example. Normally I'd put the Canadian powerhouse of Western role-playing games on that list without hesitation. Sadly, after playing Dragon Age II I'm not so sure.

The second entry in BioWare's fantasy series is alarmingly tedious, a repetitive chain of look-a-like environments and play-a-like fights. What's criminal is that it didn't have to be like this. Every cave may look the same greyish green, and every battle is just a matter of mashing buttons when you're told to, but these repetitions are clearly just the foundations of the unfinished mansion.

With a longer development there could have been more flavour in its exploration. The extra time would have allowed for some strategy to evolve in the combat. Instead, the game looks and plays like a giant brick wall - one that I hit my head against for 30 whole hours.

This epiphany is frustrating. As an allegedly responsible 28-year-old living with a girlfriend (who is growing weary of prolonged gaming sessions) wasting time on a dull game is not an affordable luxury any more. As a teenager I had the time to forgive repetition and could simply subscribe to the rhythmic distraction of a task at hand. These days however I get more sense of achievement from doing the washing up - a sight to behold - than from grinding through an excessively long role play game.

This is all the more frustrating because I can tell that if I was willing (and had the time) to set aside my qualms about repetition, the deeper aspects of the narrative promise a game I could have loved.

As an allegedly responsible 28-year-old wasting time on a dull game is not an affordable luxury any more.

BioWare games have always been about accommodating player choice without scrimping on strong storytelling, providing the kind of innate gaming experience that drives my love of the medium. While the main thread of Dragon Age II's story is protracted and predictable, the game's smaller, character-driven threads roam into deeper realms of psychology and social interaction.

Each one of Dragon Age II's companion characters is a potential case study. Some are likeable, some are dislikeable, but even the least of them provides more discussion than I find in most games. They are volatile personalities that bounce and bump off one another, and how you get involved within this soap opera is crucial to the result.

It's not until I reflect on some of this, having simply run out of time to play any further, that I realise how much I missed. While I noticed plenty of intriguing themes (sexuality, disability and the separation of church and state to name a few) it's disconcerting to realise I did little to engage with them as they rushed by. The bottom line was it seemed too much like hard work to investigate any further.

This is where I find Mass Effect 2 to be leagues apart from Dragon Age II. BioWare's second space drama drew me into the expanse of its sci-fi world. There was a sense of society to the game thanks to its diverse and vibrant settings. I still fondly remember the cultural cooking pot that was a bachelor party comprising a human and two aliens watching an alien girl dance on a table for them. Even with the obvious nods to Star Wars, Mass Effect 2 felt different and unexpected.

The copycat locations and repetitive battles in Dragon Age 2 simply don't make me care about the world.

The key difference was that I actually wanted to wander down its decision trees -- it didn't feel like hard work at all. By contrast, the copycat locations and repetitive battles in Dragon Age 2 simply don't make me care about the world.

I keep trying to blame myself for not setting aside enough time and energy to appreciate what Dragon Age II does right. But ultimately games have to fit around my life much more these days, and simply won't get the same level of commitment and effort that they used to. Thirty hours of plodding along to the same backdrop for a mere dressing of cerebral narrative is no longer enough reason for me to get out of bed in the morning -- not on the weekend at least.

You can support Sinan by buying Dragon Age 2