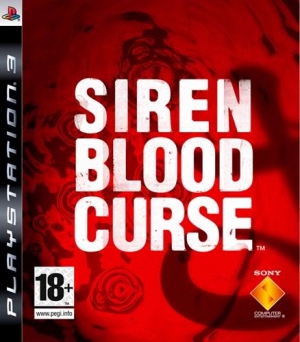 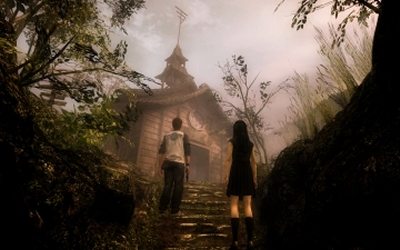 Coming back into gaming after missing a good portion of the noughties, I was newbie to the recent survival based horror games that had been floating around the market. The closest I had got was watching the excellent Resident Evil trilogy of films. Siren: Blood Curse promised to give me a glimpse into what I'd been missing.

In a previous life, I had always been of fan of such games, particularly the legendary Doom. But sadly, I went off horror one evening around 1994. A friend and I had been watching retro horror (Halloween, Poltergeist etc) and were scared witless when we heard the back door being tried. After recovering our composure, we belted round the house locking every door and window. We never did get to the bottom of that either. A few days later, after watching hell raiser, a brick was thrown down our side alleyway. After that, horror took a back seat for a while.

The plot is depicted in an excellent opening sequence, where we see a TV crew sent to investigate a village whose inhabitants were rumoured to have performed human sacrifices some 30 years previously. Within no time, our TV crew are being menaced by 'Shibito', aka 'Zombies', and it's a stealthy fight for survival.

One of the features that sets this game apart from others in the horror genre is the ability to 'Sight Jack' - this is essentially taking control of another person (or Shibito's) eyesight and using this to your advantage. After a quick read about previous incarnations of the game I should point out that the sight jacking feature is considerably improved and also operates in a handy split screen mode. I could be wrong but I think sight jacking is unique for this genre? At the very least I think it certainly appeared on this title, let me know if I'm wrong though.

You get the gist, it's gory stuff, and if you like gore, you will love this, especially with the surround sound on.

There are 12 chapters to work through, interspersed with various excellently animated scenes to guide us through the storyline along the way. The action sees the gamer perform levels as various characters which helps diversify the experience somewhat. I couldn't help noticing that in some of the video sequences, some characters appear to be using the same teeth whitener as Simon Cowell and George Michael. Graphically though, it's still impressive. I found the first couple of chapters a bit confusing, but the handy tutorials, and well constructed maps soon get you familiarised.

In the opening chapter, I was pursued by a Shibito copper (after being shot twice) up to a house, where I hid. I was nearly sounded out of my hiding place by a lunatic who was then shot dead by said policeman. I then went on to evade the copper and smash him up with a shovel. Oh, and that was after hiding in a bathroom containing a dead body pretty much lying in a pool of blood, and fleeing out the back of the house after running through a living room whose unfortunate inhabitants had been mutilated. You get the gist, it's gory stuff, and if you like gore, you will love this, especially with the surround sound on. The basic musical score adds to the tenseness nicely and hopefully you will find yourself covered in cold sweat clutching your PS3 controller praying that you will be brave enough to walk upstairs on your own when you finally go to sleep.

The pace, tension, and anticipation are superb, all hallmarks of a quality horror.

As the Chapters rumbled on you realise sense that the concept of 'time' plays a big part, although I won't spoil it for you by telling you how. The pace, tension, and anticipation are superb, all hallmarks of a quality horror. A couple of minor criticisms are, as a newer gamer it was a bit of a struggle to master the controls, I found myself getting killed quite a bit to start with. The story is also quite tricky to follow, but it's definitely original. It does take a bit of getting your head around though. I suppose some might say, if these games were easy, everyone would develop them.

The right mix of unique features, originality, pace setting, blood, gore and scaredom make this one a winner for me. You won't be disappointed, but watch your back.

You can support Sinan by buying Siren: Blood Curse