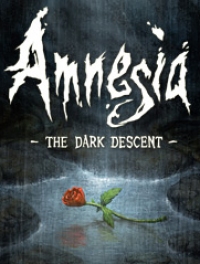 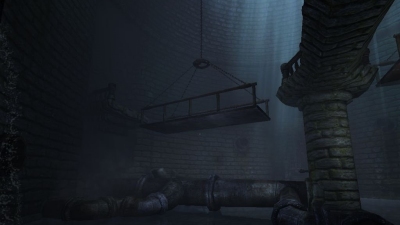 Amnesia: The Dark Descent PC took me back to my childhood days where a heady mix of immortal bravado and the terror of uncertainty would keep me and my brother awake late at night.

When I was growing up, my brother and I used to take great delight in frightening each other by reading ghost stories aloud in our dim-lit bedroom. Between us, we had quite a collection of scary books and reading them together was a regular pastime.

Occasionally at weekends, we would sneak down the stairs after our parents had gone to bed and watch a late-night Hammer House of Horror film or creepy black and white Boris Karlov flick on the grainy TV.

These films were from a more innocent time, when directors relied on psychological frights rather than buckets of gore to induce thrills and chills.

Amnesia: The Dark Descent's creepy setting, unsettling sounds and heart-thumping set pieces brought me right back to those childhood days more than any other survival horror on the market.

The setting of castle Brennenburg is straight out of a Christopher Lee horror flick - a place of gruesome secrets, cold stone walls, flickering light and occult horrors.

Amnesia is a survival horror title in the truest sense as your character has nothing to defend himself with and instead the player must rely on their wits to get protagonist Daniel out of potentially gruesome situations.

It was a fear heightened by flickering shadows and the old radiator creak.

It is perhaps this feeling of helplessness which took me back to my younger days - as there was nothing I could do back then to stop my brother reading tales of witches and nocturnal terrors aloud - no matter how scared I was. It was a fear heightened by flickering shadows and the old radiator which creaked and groaned and the worst possible moments.

But Daniel's journey takes him through his own psychological nightmare as he bids to regain snippets of his fractured mind as he makes his way through the gloomy castle.

With nothing more than a limited supply of tinderboxes to light candles and an old oil-filled lantern to push the darkness back, Daniel must make judicious use of his inventory if he's not to lose his mind completely.

It is this play between darkness and light which is central to the experience and echoed those days in my bedroom, when every shadow was a threat.

Throughout the experience, I found making my way through Daniel's world genuinely unsettling. The display expands and contracts - which made me feel slightly queasy - and tiny bugs scuttled across the screen - an effect which made my heart lurch on more than one occasion.

At these moments, the controls felt as though they had been dipped in treacle, slowing down my reaction time and immersing me fully in the experience.

Guttural cries from the castle's hellish creatures spewed forth from the inky blackness.

Fear gripped me when ghoulish gusts of wind puffed out from musty side corridors, slamming doors made me jump and muffled screams of help set my teeth on edge.

But the fear, the real terror, came when guttural cries from the castle's hellish creatures spewed forth from the inky blackness.

It's during these sickening encounters with the castle's denizens when Amnesia really wrapped its dark tendrils around my mind, dragging me kicking and screaming into the bowels of the game.

Coming into contact with these monstrosities drains Daniel's sanity at an alarming rate, so the only choice is to run and hide. But it's not just Daniel's state of mind you have to worry about during these nerve-shredding encounters. I felt a desperate sense of panic as I fled into the darkness - my palms sweaty as I clawed at wardrobe doors, the inside of which act as a safe haven.

Once ensconced inside, I realised I was holding my breath as I waited for the pawing and snuffling noises to fade into the distance. Even once the coast was clear, I gingerly inched the door open to peer into the room beyond - just to make sure it was safe to leave.

The heart-thumping memories of going to the bathroom or the kitchen late at night after a spooky childhood recital came rushing back as I fearfully crept through the house, scared of the inky blackness.

But someone who was actually terrified and uncertain inside.

And to me, that feeling of uncertainty is what makes Amnesia such a great game, as you're never quite sure what lies around the next corner or if a distant shadow contains an unspeakable horror.

The opening screen states that: "Amnesia should not be played to win. Instead, focus on immersing yourself in the game's world and story." It really is the only way to play and played at night with headphones on is a quite chilling experience.

Amnesia really resonated with me and took me back to when I was scrawny nine-year-old, full of bravado in front of my sibling, but someone who was actually terrified and uncertain inside.

Amnesia is a spectacular and thought-provoking journey and one I won't forget in a hurry.


You can support Alex by buying Amnesia: The Dark Descent