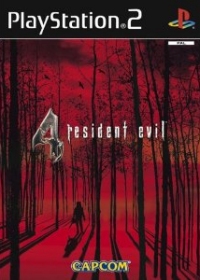 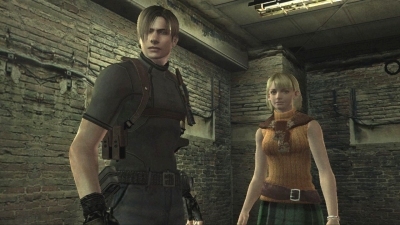 Resident Evil 4 is a fear I relish returning to. It takes me to fearful places and sickening frights, but for the flood of relief and sense of perspective it is more than worth it. Not a million miles from my experience of Christmas.

Every year I leave my Christmas decorations up for as long as I can possibly get away with as I not only love the smell of tinsel and the gentle sparkly lights bouncing off baubles during a late night gaming session, but hate dusting and vacuuming.

The careful dismantling of the tree and packing away of foil hanging stars always reveals a bare, dusty patch in the room and I get the urge to deep clean the whole house, inch by inch.

This year I got distracted from the compulsive cleaning as I uncovered the PS2 version of Resident Evil 4 and decided enough time had passed from my last play through to once again join Leon in rural Spain. Once started, like my tree dismantling, I found I couldn't stop myself from ploughing headlong into another Resident Evil run around.

Resident Evil 4 is a favourite game of mine. I know the exact patterns and weak spots on all the bosses and can remember how the events unfold with pinpoint accuracy and timing, running the script through my head ad verbatim.

This isn't just because it falls on the right side of scare for me but because even now, I think it's beautiful, thrilling, tense and thoroughly enjoyable.

The opening scene with Leon unceremoniously left to investigate the sepia village by himself quickly turns from a trepid walk through the woods into a terrifying stand-off with a chain-saw wielding giant of a man. Barricaded in a small wooden shack with the body of a local Hostile heaped behind him, Leon keeps his cool. His voice is steady and he's prepared to go outside.

In stark contrast, I'm sweating and my stomach is in knots - I really want to face more of these zombies. They run, they organise attacks, they're efficient and they're bigger than I am. I find this far scarier than the staggering, wailing dead we've seen in previous Resident Evil titles.

Happily, I'm not alone. Hanging on the shoulder of a strong, masculine, smart-mouthed leading man is emboldening. The waist high camera allows me to be a part of the action without having to burden the full weight of responsibility -- that's Leon's job, I'm here for the ride.

There are also familiar elements from the Resident Evil series -- health restoring herbs placed in a limited capacity attache case, typewriter save points and ultimately an underground lab where I know unspeakable things have happened.

Quickly turns from a trepid walk through the woods into a terrifying stand-off with a chain-saw.

The lab in Resident Evil games is always the last place you want to be, but the one place you have to go. Knowing that I have to go there to save Leon and Ashley from bio-organic infection stimulates feelings of determination and fear.

Maybe it's my over active imagination. The thought of being trapped in a toy store or a library at night unnerves me. In fact even a trip to the bin with my Christmas rubbish has me seeing monstrous forms taking shape in the shadows and unusual noises making me freeze.

Yet strangely, I keep playing. I enjoy it. If not the moment of fear, the flooding, sensational relief that comes as reward when I do escape is too great to ignore.

Away from the creepy castle corridors with hidden monsters, fiendish puzzles and locked doors, the bosses provide some of the most memorable moments for me in Resident Evil 4. Driven by a sense of duty, Leon has matured greatly since his naive involvement in Resident Evil 2 and this gives me hope that no matter how big, how grotesque or how frantic the bosses are, he (and I) will prevail.

Yes, there is some cheesy dialogue, mainly from womanising Luis, a Spanish cop who finds himself trapped in the village. Also the story raises many questions without ever quite answering them. Not least the mysterious appearance of Ada who in typical Resident Evil form was presumed dead but starts stalking Leon.

Despite playing a shortened version of the game from her perspective, it remains unclear as to what her motivation is. Working for an outside agency, she wants to obtain the T-virus but is content to occasionally save Leon him from certain death rather than sneak in, seek out and somersault off with her haul.

Her interventions may ensure Leon can continue his quest but there's no sense that she is genuinely attracted to him, despite her flirtatious high kicks. Despite these nagging doubts the plot remains credible and fulfils its purpose -- to keep driving me forward in order to escape.

The flooding, sensational relief that comes as reward when I do escape.

Resident Evil 4 brings all the right ingredients together in harmony. A zombie will cry out ahead, just out of my vision, traps and monsters jump out just as I've caught my breath and wiped down my sweaty palms from the last mammoth boss encounter; the pace, the atmosphere and the true horror is perfectly crafted.

It draws you in, guides you along, gives you the bare essentials to survive and sends you into the woods. Just as bringing real trees into my lounge causes all sorts of mess and chaos, my opposite journey from a safe warm home into a cold dark forest equally results in confusion and disarray. Perhaps it is the most human of paradoxes that the resulting pleasure from enduring both experiences always makes them worth it -- whether for festivities or fear.

I have had few gaming experience that match up to Resident Evil 4, but I'm fine with that. Though I now know what to expect, it still manages to catch me out as I find myself getting drawn in time and again.


You can support Alex by buying Resident Evil 4