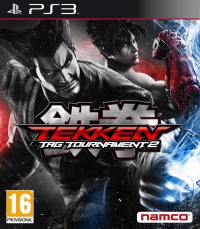 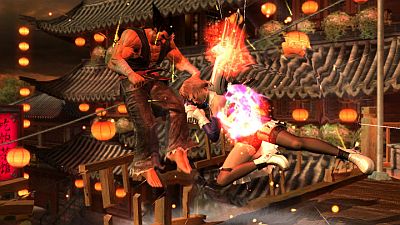 Tekken Tag Tournament 2 is Namco Bandai's eighth instalment in the popular fighting series. The second Tekken game to feature a tag system, it allows a second character to be swapped in at will during fights, bringing new levels of complexity to the familiar gameplay.

I may be fighting it, but at 32 I have to concede that I am an adult with all the responsibilities that brings. Where once I had boundless time to enjoy my games, today life's pressures limit me. In those younger days I would have seen learning all Tekken Tag Tournament 2's intricacies as a challenge, now I balk in horror.

Much of my fear stems from the sheer volume of content. Tekken's character roster has continued to swell since the original game, with developer Namco Bandai seemingly pained to whittle down the cast. The series is now at a point where even characters that used to be only costume changes for the main cast have been spun out into their own independent entities. As these new characters have been teased apart from their genetic lineage, they have been expanded and given new skills just dissimilar enough to confuse all but the Tekken elite.

Now, there are over fifty characters to choose from, each with over a hundred moves/combos to learn, all with their own timing and rhythm; dipping your toes into Tekken Tag Tournament 2 can be a frightening prospect. If that last sentence feels ill-tempoed and cumbersome, it's because that is exactly the sensation I had beginning the game. With no idea where to start or which characters would suit me, I was overwhelmed.

But just because I couldn't fully wrap my head around Tekken Tag Tournament 2's intricacies didn't mean I couldn't enjoy it. Though mastering the complex systems of the game is daunting, it is counteracted by controls that are at their heart intuitive. A separate button controls each of the characters limbs and pounding these in almost any order unleashes all manner of impressive attacks. This allows for some satisfying fights, even at a low level of play.

Mastering the complex systems of the game is daunting.

Playing with friends of similar ability can also make for remarkably accessible fun. The stunning visuals mean that, however inept a friend's fingers, the onscreen action looks impressive, and the range of fighters allows for hours of entertaining experimentation. Also, I defy you not to cackle with glee every time you accidentally activate one of the devastating tag attacks and watch as both of your fighters to go to work on your opponent.

For all the random martial arts spectacle of it, part of me still feels like I should be better, which is where things start get overwhelming. Blocking, movement and basic timing are all covered in the game's tutorial; good for newcomers, but its usefulness is quickly exhausted and that's when the real challenge begins. With two characters needed to make up a tag team it is necessary to learn well over two hundred moves to really master just one pairing. The only way to do this is to hop into the training arena and constantly practice the characters' moves, forcing your fingers to memorise the individual timings of each button press to allow their effective application in battle.

Mastering the game remains a scary prospect to anyone not prepared to dedicate a significant amount of time.

The other way to improve is to jump online for a real trial by fire. There is no quarter given by the online community who have been with the franchise for years; their skills easily translated to this new incarnation. I can play for rounds unable to even see an opening to counter my opponent's assault.

As I desperately try and manoeuvre myself out of the corner in which I'm pinned, they mercilessly hammer home their superior abilities. Occasionally however I see through their attacks, like the Matrix is revealed, an answer is suddenly laid out before me. I block appropriately, attack, and (sometimes) win. It's an intimidating and morale sapping way to learn, but it's incredibly satisfying when it works.

Tekken Tag Tournament 2 does try and redress the balance for those coming to the series fresh. Its intuitive control system means that, what every your skill level, it is possible to jump in for some instant gratification. But with so many years of history, really mastering the game and competing online remains a scary prospect to anyone not already invested or prepared to dedicate a significant amount of time; time I am afraid I no longer have to give. I wish I did though.

You can support Alex by buying Tekken Tag Tournament 2