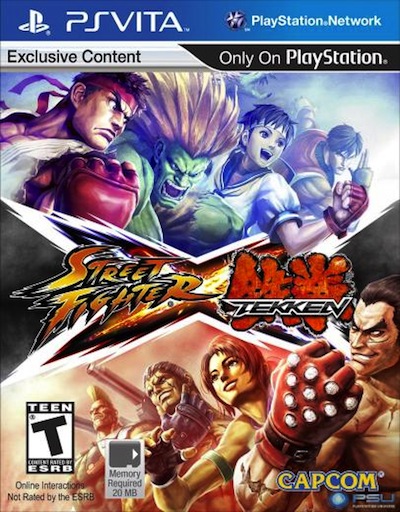 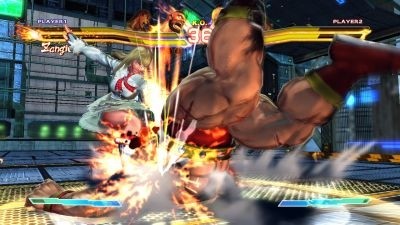 When I was sixteen-years-old Street Fighter X Tekken was a thing of fantasy, the far-fetched musings of a teenage boy. At that point fighting games still sat proudly atop the pantheon of gaming, yet to be toppled by first person shooters, and for me there were no better examples of the genre Street Fighter and Tekken.

Were I to travel back in time to visit my teenage self and explain the concept of Street Fighter X Tekken on PlayStation Vita, the news would have shocked me to the point of incredulity. Of course the existence of the game itself would have been enough, but this would have been dwarfed by the fact a fully featured version of the experience would fit in my pocket.

Even today, having played the home console version of Street Fighter X Tekken, I am stunned at how little has been compromised in the portable version. Though a few buttons have been mapped to the touch screen, all of the characters and arenas are present, all moving the same fluid speed I remember from the original release.

Smooth combo-heavy action is also back in full force, and it is this that has really attracted me to Street Fighter X Tekken. It is an issue that has persisted in me since I began playing 2D fighters years ago; not living near an arcade, my and my friends' tactics became stuck in a rut. We all leapt around the screen, unleashing special attacks, but never getting into the deeper systems that the best players utilise. Street Fighter X Tekken has forced me to reassess the way I approach 2D fighters, and it's thrilling.

Forcing the combo reliant characters of Tekken into a 2D game has necessitated a lot of change. Lacking projectile attacks, the previously 3D characters have forced an evolution in Capcom's usual formula. Combos have become formalised along with new options to avoid attacks. But while the new mechanics have opened up exciting new play styles, they have also proven the most terrifying feature.

To my younger self, the challenges of mastering a new game would have been no concern. Then time was a frivolous thing, with school and homework being the only necessities. Indeed, I remember the fun I once had learning all of Tekken 2's combos, which were far more numerous than those of Street Fighter X Tekken.

The problem is, as an adult, time is a more finite thing.

The problem is, as an adult, time is a more finite thing. Learning all of the new system's nuances and finding which characters suit me best is time consuming. And it is here that things get daunting.

The PlayStation Vita, while impressive, necessitates by its very nature a multiplayer experience unlike that which I used to love. Sitting on the edge of my bed playing somebody sat next to me was always the most entertaining part. By putting Street Fighter X Tekken on a handheld however, multiplayer options are forced out into the unforgiving online environment.

Entering bouts against players who seem to spend all their time playing the game leaves me at a huge disadvantage in my adult life, as I can never find the time required to keep up. Again, in my youth, this would have been exactly the kind of challenge relished. Had the option been available to me then I am sure I would have been sucked into the vibrant community that now exists around the genre. Coming to it now however is far too frightening a prospect, a bit like going to a party where you know none of the guests.

This leaves me trying to hone my skills in the single player mode, which opens up a new kind of intimidation. The beauty of handhelds is their portability, but the Vita's curse is how attention grabbing it is.

Sat on a bus, the small devise's crystal clear screens prove eye catching and I frequently feel others gaze upon me, judging. As I try new techniques and come to grips with the game's nuances, it feels oppressive and humiliating to have people glancing at the screen only to see me K.O.ed yet again.

Despite my fears, proves far more accessible than the competition.

Between the intimidating online competition and the embracement of being watched as I play on my Vita, I am left with few options to sharpen my skills. With single player in public off the cards, and lacking the time to master my skills online, all I can do is play alone at home. My performance anxieties have me trapped playing a portable, competitive game, sat by myself by my PS3.

Street Fighter X Tekken is perhaps my favourite fighting game of recent years and, despite my fears, proves far more accessible than the competition. That said, the bar to entry still proves just that little bit to high for me as an adult with limited time, which leaves me wishing I had Street Fighter X Tekken when I was sixteen. Still, if I can get over my fear of people looking over my shoulder, at least now I can practice wherever I go.

You can support Alex by buying Street Fighter X Tekken