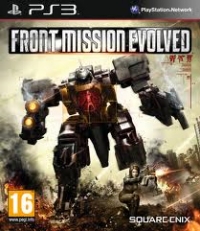 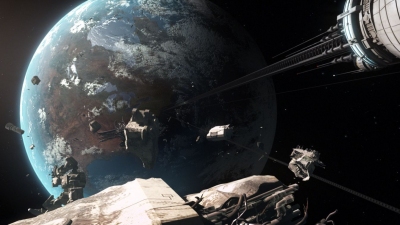 In Today's Scripted Gamer Fred and Bob go ice skating, or something like that.

Bob: That is very true

Fred: we gave it a good chance

Bob: that we did

Fred: but I'm afraid there is no denying the fact

Fred: No I heard you fine but what are you talking about? There is no ice in this weeks game

Fred: Yes this weeks game! I thought you were going to say something about it.

Bob: well what did you think I was going to say?

Fred: That this weeks game is just not that good, good evening ladies and gentlemen and welcome to scripted gamer today's game is front mission evolved

Bob: what! it is devolved

Fred: hmm front mission evolved is a third person robot avatar game where you play a character that sits in and controls a giant robot who can walk, hover

Bob: well it should

Bob: Which would be fine if it wasn't dull as dishwater

Bob: Well it is. There are tons of other games that have done the same kinda thing but much much better

Bob: well lost planet for one and not even the 2nd one. The first one which was an alright game, but even that which was released donkeys years ago is better than this

Bob: cos it had an ice skating robot! Which is just cool

Fred: Well it would be wouldn't it

Fred: It would be...cool ha ha

Fred: It would be cool

Fred: Because it’s skating on ice you idiot. It was a joke for goodness sake

Bob: How about you leave the funny bits to me mate alright, you haven't got the whole comic timing thing down quite yet

Fred: I'll have you know I can be incredibly funny

Bob: of course you can mate, so like I was saying games like lost planet and transformers even are just better games and this one is soooooooo repetitive

Fred: I am funny

Bob: ohh you try so hard

Fred: Horse walks into the bar. Barman says “why the long face”

Bob: So to sum it up unless you live and breathe for this genre of game....avoid it. It’s just not good

Bob: oh mate that was bad even by your standards

Fred: It was funny

Bob: We've been the scripted gamers

You can support Adam by buying Front Mission Evolved