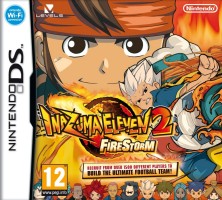 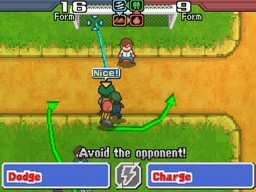 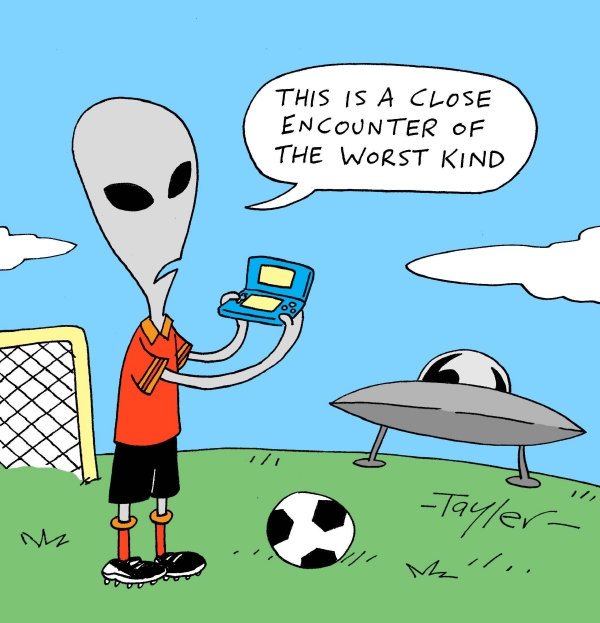 Ever fancied playing a game that's a blend of RPG and football? Inazuma Eleven 2 Firestorm is your chance.

Evil aliens from the Alius Academy are planning on destroying schools around the world with football -- and only your players from the Raimon Team can defeat them. An intriguing premise, which has some gorgeous animated cut scenes, lovely twinkly music and some decent voice work.

Just a shame it's about as much fun as wandering around a maze blindfolded with planks of wood nailed to your feet. For a start, the actual playing of the beautiful game is a fiddly nightmare. After you've been introduced to your team and waded through vast amounts of inane dialogue, you may come across a gang of local toughs who'll want to play against you. Using your stylus, you clumsily guide your players around the touchscreen.

You may get the option of tackling or blocking your opponents as you go. If you somehow blunder your way to your opponent's goal, you'll get two choices -- chip or shoot. You'll then be shown a brief clip showing you whether you succeeded or not. Wow.

If you win, you'll get some experience points, which you can use to increase a players speed etc. You can then have another guided stroll around various locations, maybe chatting to a scientist type or an overly talky local doomsayer. Maybe you'll have another graceless football match. If you win that, you gain more experience points, there's some more walking and talking, then maybe another match -- this time maybe against the alien team themselves.

Some guy called Mark Evans turns up. He's the team's saviour or something -- it's not fully explained. There's some cheesy inspirational talk. And round and round we go.

Overall, despite some cool graphical touches and a genuinely original storyline, this is just far too twee for the serious RPG player and too clunky for the sports fan. It shoots, but unfortunately doesn't score.

You can support Kent by buying Inazuma Eleven 2 Firestorm