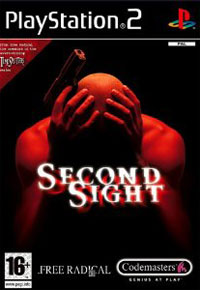 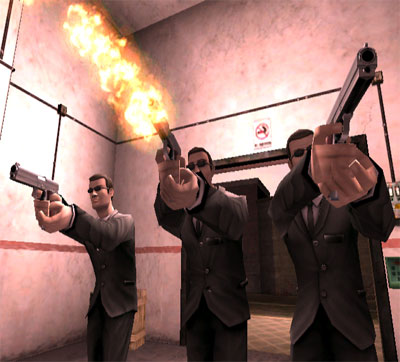 Second Sight's intriguing psychic soldiers overcame my aversion to stealth games. The unfolding story's split between past and present was a deft directorial touch - and one that created compelling game play.

Waking up in a military establishment and gradually re-learning your psychic skills is a good start. It enabled me to get inside my character's mind from the first few hours. The storyline is laid out during this period and like Free Radical's previous work - Timesplitters - it has multiple threads, weaving in and out of the main plot throughout the game.

Over the course of 17 missions you'll jump back and forth over time. It took a while before I realised that the present is in fact a potential future from the past. It's all a setup so you make sure that things don't go wring during a covert investigation into a Russian scientist.

Being a psychic soldier you have a variety of ways to take on enemies - including the ability to hurl everyday objects through the air. Unfortunately both the plot and the initial game play suffer at the hand of some archaic design.

Second Sight really wants to be a stealth-only action game - which if I'm honest isn't a favourite of mine. Though you're given all the tools needed to evade and counterattack the hunters I simply found it too frustrating to play as the developers intended. Getting the skill 'Charm' helped a little as I could sneak past guards with some degree of success, but the core game stuck a little too closely to the stealth-heavy approach.

What made me sit up and take notice was how much I started to care for the characters.

Throughout the game I swung between this aversion and the intriguing plot that was starting to evolve. The story is by far Second Sight's strongest aspect. What made me sit up and take notice was how much I started to care for the characters. Shooting games rarely engaging me on the level of my actions or infuse any real character into opponents. But Second Sight managed this with its clever use of time and characterisation.

I also found that the attention to detail - not only with the plot but with the characters themselves - rescue the game from its core design and last-gen controls. I struggled on until the end and found the effort justified by the game's story. The clever manipulation of the consequence of my actions create a unique story telling style.

It falls short of offering something completely meaningful or soulful - there are no specific moments that affected me on a personal level - but I still enjoyed my time here. And as someone who's been absent from Free Radical's other games it was nice to find something of a home in their back catalogue.

I was surprised to find a neat and clever story.

Second Sight for the PS2 was a challenged for me genre wise. But it kept me going until the end. Looking beyond frustrating stealth controls I was surprised to find a neat and clever story. Although it steered clear of any deep meaning I still enjoyed the thrills along the way.

You can support Adam by buying Second Sight