Hadouken: Music for the Masses Music 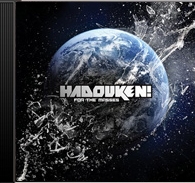 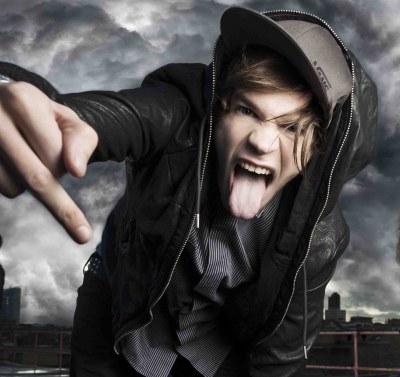 Hadouken prove themselves more than a videogame gimmick band. For The Masses is an album that brings back 90s swirling euphoria a little before we are ready. But enthusiasm and energy make this hard not to love.

Hadouken are an English new rave band - the movement bringing back the 90s before we have quite forgotten them. In they had their break when their self-released "That Boy That Girl" EP got to number one the NME Chart.

This was an unusual listen to me for a couple of reasons. Rather than a game soundtrack they are a bona fide band - tangentially inspired by gaming culture. Their name comes from the Street Fighter special move and they use Nintendo Gameboy chip sounds amongst the synthesizer work.

It may seem like a cheap trick to use video gaming to sell music. But aligning yourself as gamers in the music world isn't something any band would do lightly - you potentially alienate hard core music fans and gamers alike. From the off it's clear that Hadouken are simply reaching for things they know and understand to create their music.

A few tracks in and you have already rushed through the swirling energy, banging beats and shouted anti-establishment slogans of Rebirth, Turn the Lights Out and M.A.D. This premature turn to the 90s sounds of The Prodigy, The Chemical Brothers, Sensor and Rage against the Machine can't help but feel a bit ironic though.

It's here that Hadouken is hardest to figure out. Just how serious are they about all this? In the grime genre where enthusiasm and commitment to the cause are supposed to outstrip common sense or restraint, Hadouken fit a little uneasily.

By the time you get to Ugly and Bombshock though, there is sense that they have earnt their stripes. Whether this is tongue in cheek or genuine outrage, the music proves itself as authentic as you could wish.

In fact, were it not for their videogame references there would be less reason to question their authenticity. It's this, and our need to find a reason to return to 90s grime so soon that fuels and sense that Hadouken are anything less than genuine.

As if to underline this, the latter stages of the album expand their repertoire. Rock infusions of Magnum and lyrical input from the turn-capped Beastie Boys join the euphoria.

By the end I'm won over. Although this isn't the sort of music I want to listen to everyday, in a club it would be hard not to be on my feet hands in the air, loving this.

You can support Cat by buying Hadouken: Music for the Masses