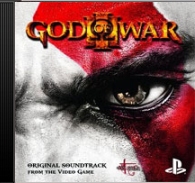 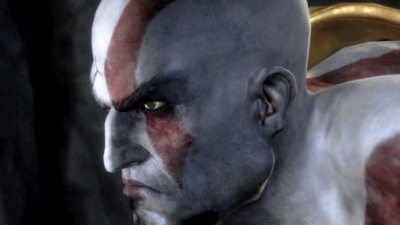 Replicating the epic majesty of the Kratos' swan-song, the God of War 3 soundtrack is full of drama. However, matching the operatics of the game doesn't translate as well into something purely for listening. The orchestral noise level and the lack of diversity makes this oddly understated.

It really kicks off in style though. The sweeping orchestral moves of Revenge Falling and the slow building voices of the choir make for a happily overblown track that sets the atmosphere perfectly. The moment when the voices all scream down reminds me of Wagner's Das Rheingold. There's nowhere near that level of complexity here, but the very fact it reminds me of such an incredible work gives you an idea of this Soundtrack's ambition.

Other tracks aren't quite as well-structured though and many feel more like incidental material for the dramatic moments within the game. Indeed, even though this soundtrack has excellent production values, with a filmic weight, it doesn't quite have enough direction to make it an engaging listen.

Depths of Hades sounds impressive enough, when playing the game it adds atmosphere to the fights and exploration, but divorced from the visuals it becomes brash and bite-sized with little to redeem it.

In fact, when God of War III slows its operatic trappings down it becomes a much more interesting work.

The Forge of Hephaestus has a little more character with a slower tempo and unnerving feel reminiscent of Howard Shore's work setting the atmosphere for the Mines of Moria in the Lord of the Rings films.

In fact, when God of War III slows its operatic trappings it becomes much more interesting. Even the slowest tracks still ramp up but having that contrast makes the epic chorus work sound a little more meaningful than the wall of sound much of the album produces.

Tides of Chaos has the most ebb and flow of the lot, building slowly to a climax that feels well-paced and uses the choir of voices to their fullest extent. I was grateful for something a little less blatant than the game itself. It helped that the main God of War theme was worked in and if there's one criticism of the album it's the lack of any tangible themes or motif's like this.

For a game set in such a rich tapestry of mythology it seems a crime that the essence of that period is portrayed in such a generic and dull way.

For a game set in such a rich tapestry of mythology it seems a crime that the essence of that period is portrayed in such a generic and dull manner. Stalker and The Muse's Song do their best to add a bit of colour when rather than just shouting voices the instruments are allowed to come forward and give a bit of character. But even here there is a sense that you have to try to like this.

It does improve as it progresses. Brothers of Blood raises the noise level but retains some form of melodic quality and The Great Machine also has some good moments. And other tracks continue the melodic work to their benefit.

By the end you are aware that this is a tale of two halves. God of War III isn't the guaranteed success I though it would be. The listener is often treated like a teenager as they are blasted with only slight variations of the same track time and again.

The success of the latter tracks is to its credit, but also serves to emphasise the failure of earlier work to comprehend what it needed to achieve when removed from the game. That all said, there are some genuinely effective moments here when the music slows down. It's just that my expectations were so high after such a meteoric game.

You can support Cat by buying God of War III