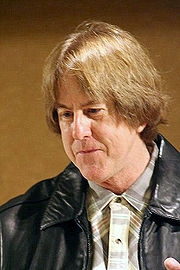 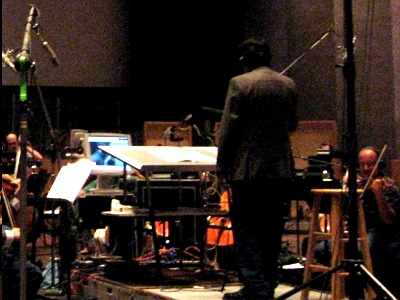 Greg Edmonson loves what he does, maybe a little too much. Talking over a crackly long distant line, he quickly put me at ease as we both enthused over his recent Firefly and Uncharted projects.

Edmonson has been composing music for quite some time. Although he's not always credited, his lineage goes back with Mike Post to the likes of Quantum Leap, King of the Hill and Cop Rock - music ahead of its time in the style of Glee.

When the chance to work on Firefly came up, he quite openly shared that this was a once in a lifetime opportunity for him. As he put it, "everybody wanting to work with Joss Whedon and no agents involved ,this was the long shot of all long shots for the genius TV show of all TV shows".

"We all had to submit tapes", Edmonson audibly sat back in his chair and chuckled, "it was a blind lottery, and you could imagine how many CDs must have been stacked up". But when they started sifting through the pile Edmonson struck it lucky and was called in to meet Whedon.

So the Firefly journey began with all its ups and downs. A pilot episode was painstakingly made and as Edmonson put it "you could tell the casting was perfect even from the first lines". This was the dream job for Edmonson - dream director and dream cast. "Every morning I got up and thought, am I lucky or what!"

Edmonson's voice tenses a little as he talks of it all coming to a head for him with his work on Funeral Theme.

But that pilot was strangely never aired, the network opting instead to dive into the story without a preamble - something that could be seen as a portent of the bumpy road ahead. And almost before it got going all the rumours pointed to Firefly being pulled off the air.

Edmonson's voice tenses a little as he talks of it all coming to a head with his work on 'Funeral Theme' for The Message episode. As the camera pans around the funeral scene at the end of the episode, from solemn character to character, his music plays and it's clear that he has written Firefly's swan song. "Funeral Theme is an exposed piece of music to say goodbye to Firefly because that's what my heart was really feeling. I literally went into [Whedon's] office when we were done and cried, because I missed it, because I didn't want it to be over".

If this was a low for Edmonson, as he talked on, you could tell things slumped further for Serenity. Feeling a little clumsy with such an obviously sensitive subject I asked how his absence from the film unfolded. "Not doing the film was a real loss for me, I've still never watched Serenity, and maybe I will one day. But it's hard to see the gig you wanted to do more than anything". There is an intriguing lack of bitterness to all this - it's just the way of Hollywood I'm told.

Edmonson's Firefly story ends for now at a more recent fan conference that he attended. Whedon was there too, and reading between the lines there seemed to be something of a reunion as the two hugged and Joss simply said "The story will be carried on".

"You do what you do so well and we'll make it work in the game."

For Edmonson this sense of desire to continue the emotional journey of Firefly seems to be, in part, what he had brought to Uncharted. Vacationing in Texas he was invited to score the trailer for the PS3's launch title. This went down so well that he then went on to be invited to score the entire game.

This is now new territory for him, "I listened to what guys were doing in the game music world, and it was a lot of loops all tightly based on the game engine. I simply couldn't do that, it wasn't me and it wasn't what I was good at." Thinking they may have gotten the wrong man for the job, he was soon surprised by SCEA's commitment to what he brought to the game. "You do what you do so well and we'll make it work in the game" reflecting upon both their understanding of Edmonson's talent to bring emotion through music as well as the challenges of dealing with this in a game environment.

Where other composers were forced into writing short loops of music to fit the technical needs of the game, Edmonson was obviously thankful and indebted to be able to "write music that sounded like music" for Uncharted.

Edmonson knows Uncharted in detail. When we talk about our favourite scenes he quotes his with pixel perfect accuracy

In the same way that Edmonson seemed to be the linking pin around which the Firefly and Uncharted similarities turned, so too he talks highly of Naughty Dog's Creative Director Amy Hennig and SCEA's Jonathan Mayer. Edmonson is clear and emphatic here, that Hennig's commitment to real story and emotion and Mayer's ability to remove technical barriers left him to do what he does well - create soul stirring music. "We would talk every day, they'd give me guidance on levels and I would adjust things based on that. It was simple because I trusted them so much."

Perhaps it's because of this process that the Uncharted soundtracks are so listenable. Whereas most game soundtracks struggle to hold the listener's attention as they dance around their many motifs, Uncharted has long rolling motifs that work outside of the game world because they are real pieces of music. Also being recorded at Skywalker Studios with full 80-piece orchestra kind of helps things along as well.

With Uncharted winning the recent 2010 British Academy (BAFTA) Soundtrack award and thoughts turning to what's next Edmonson mulled over the last few years. "It was a big deal for me to see Amy receive the WGA (Writer's Guild of America) award for video game writing, and treated on a par with a film writer." Although we are only talking on the phone, it clearly sounds like Edmonson has a twinkle in his eye as he see the tide change happening here.

"It certainly makes for a good journey."

He is obviously more involved than the usual musician, wheeled in to create some authentic backing for a game. Edmonson knows Uncharted in detail. When we talk about our favourite scenes he quotes his with pixel perfect accuracy, and then goes on to correct the dialogue that I can't quite remember.

He says he doesn't play games all that much himself, but he has certainly spent more time with Uncharted 1 or 2 than any enthusiast gamer I know. He describes seeing the whole game in a play-through at various stages of the project and I'm a happy I'm not face to face - it sounds like such a dream setting, my eyes well up a little.

As we wind down and say goodbye I'm happy to have spent an hour or so with Edmonson and to have heard his story of the past few years. As he has said more than once in the last 60 minutes "It certainly makes for a good journey".

You can support Andy by buying Greg Edmonson Firefly and Uncharted