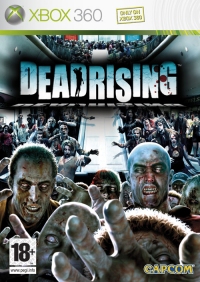 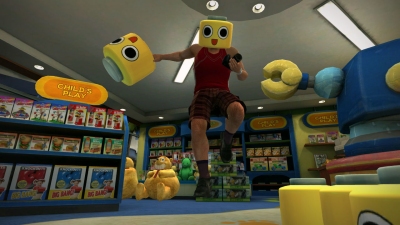 Dead Rising 360 remains a unique and surprisingly playful take on the zombie genre, one which encouraged players to approach its story from several different directions. It's a game that defies the idea of a single successful 'play through'.

There are many right ways to play Dead Rising, but there's also one approach that pretty much guarantees failure and disappointment: try and hammer through the main story in one play through and you'll end up frustrated, irritated and impaled on a vicious difficulty spike by the end of Day Two of Frank West's three-day nightmare in the Williamette Mall.

It's an easy mistake to make. As a Capcom zombie game, Dead Rising is an attractive proposition for fans of Resident Evil, and inevitably Resi fans are going to try and play Rising as if it were a Resi game, expecting a beginning-middle-end blockbuster of a game which can give up its secrets in one play through.

But Dead Rising is a different beast, although you can see its roots in Resident Evil, specifically the increasingly elaborate options for playing through the Resident Evil remake for Gamecube again and again: hard zombies, realism, invisible enemies.

Dead Rising takes this idea of multiple play-throughs with different objectives and embeds it into the basic game play. When smug photojourno Frank West is dropped on to the roof of the zombie-infested Williamette Mall, he has three days before the rescue chopper comes back to get him.

In game time, those three days are a few short hours. That's the time span of the story, from beginning to end. You can't possibly do everything in that short time, but that's OK: the game doesn't expect you to. Dead Rising's notoriously tight one-slot save system gives you an option whenever you die - go back to your only save, or overwrite your progress and start again.

Each play through provides opportunity to explore the byways of Dead Rising's story.

In this way, you're encouraged to play through those three days again and again, improving your skills, filling in details in Frank's notebook, and pursuing different objectives. The Mall is a sprawling map full of secrets, weapons, lunatics, survivors and, of course, hundreds and hundreds of savage, groaning zombies. Multiple play-throughs give the player space to have fun, explore, and try out numerous fun weapons on the undead hordes.

I learned this the hard way. Having bought the game on release in 2006, I tried very hard to resist having to restart, and hammered away at the main conspiracy story, buffing my abilities enough when boss battles were too hard. I sank whole afternoons into trying to get through particularly tough sections.

The game became a lot more fun when I recently decided to abandon the main conspiracy and concentrate on shorter play-throughs with easier objectives: rescuing survivors, getting Frank to the rescue chopper on time. Each play through allowed me to level Frank up, opening up new fighting and acrobatic moves. Eventually I'll have Frank levelled enough for me to take a definitive crack at that main story mode and break the conspiracy for good.

I'm in no hurry to do that, though, as each play through provides opportunity to explore the byways of Dead Rising's story, to face off against a family of weekend hunters turned murderous snipers, or rescue a drunk who needs propping up to get back to the safe room. Then there's the raincoat-wearing suicide cult, the exploding remote control cars...

At the heart of the game is Frank West, one of gaming's most amiable jerks. While Resident Evil takes its silliness seriously with a series of frowny protagonists, Frank's misadventures turn horror into slapstick. The Mall is a playground full of toys and costumes, and Frank can pick up, wear or wield virtually anything in any of the many shops and attractions.

There's not a lot of variation in the behaviour of some characters, especially once you abandon the conspiracy plot.

Dead Rising isn't perfect: the use of text balloons for dialogue is cheap and annoying, especially when Frank is required to have long conversations to get a survivor to join him, and for a game that thrives on replays there's not a lot of variation in the behaviour of some characters, especially once you abandon the conspiracy plot.

But in terms of providing a closed-but-open world of opportunities to lark about in a zombie apocalypse, Dead Rising is a theme park full of undead-bashing fun for those who stray from the path of the main storyline and find their own adventure.

You can support Mark by buying Dead Rising