Prince of Persia The Forgotten Sands 360 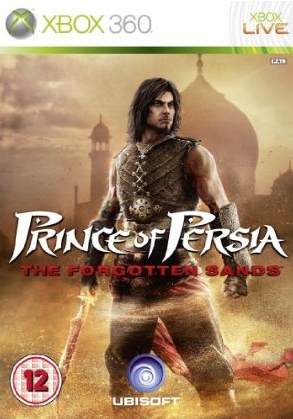 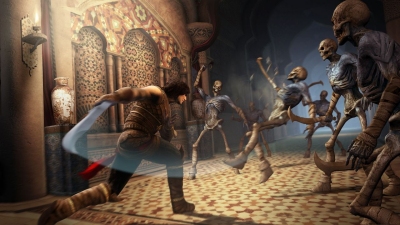 Prince of Persia: The Forgotten Sands 360 is a direct sequel to the much-loved The Sands of Time. While The Forgotten Sands is an enjoyable, solid callback to the earlier game, it never quite distinguishes itself enough to emerge from its predecessor's shadow.

The Forgotten Sands doesn't just bridge the narrative gap between two existing Prince of Persia games - the much-loved but low-selling The Sands of Time and its critically reviled but better-selling sequel The Warrior Within - it also fills a dual role as both an addition to the game series and a pseudo-tie-in to the recent movie.

There are lots of recognisable story elements in The Forgotten Sands for people who enjoyed The Sands of Time (whether as a game or as a movie) - time-based powers, monsters made of sand, one of the Prince's family members in peril - but for the most part these are shuffled around rather than used innovatively.

The Forgotten Sands doesn't have its predecessor's lightness of touch - while the Prince isn't the Americanised emo-whinger of The Warrior Within, it is established very early in the game that this is a very serious situation to be taken very seriously, and as such there's little of the playful humour and charm of The Sands of Time.

There are lots of recognisable story elements in The Forgotten Sands for people who enjoyed The Sands of Time.

What it lacks in personality The Forgotten Sands makes up for with a single-minded focus on the core gameplay elements of the Prince of Persia series: acrobatics, environmental puzzles, traps and periodic bouts of straightforward swordplay.

All of these are executed with rock-solid efficiency: movement is fluid and responsive (although the camera can be an occasional pain), and even the combat (always a bit of a distraction in these games) is well-tuned for players more interested in acrobatics than combos, favouring aerial assaults, dodge-rolls and crowd-breaking kicks over fiddly counter-attacks.

There's even plenty for fans of the 2008 reboot of Prince of Persia to enjoy: although ostensibly a reversal to the previous continuity, there are plenty of mechanics from that game in The Forgotten Sands, including controlled descents down certain surfaces (via tapestry-ripping with a sword rather than a grind with the gauntlet), wall-mounted buttons (albeit with different, simpler uses) and a tendency for most paths through the game to be either upwards or downward spirals around the environments.

Those spirals are mainly indoors: although the Assassin's Creed II engine provides some stunning vistas of the Persian kingdom, for most of the game I was working through a series of large chambers filled with switches, cranks, columns, platforms, grab-points etc to be manipulated and traversed to get to the next room.

The Forgotten Sands was at its most addictive for me when I was guiding the Prince from room to room, eager to see what was next.

Which is how it should be: this kind of game works on the heroic model of the lone hero struggling to master a hostile environment, as well as the romance of exploring lost and ancient kingdoms - in this case, the Prince moves from a (to him) contemporary ancient fantasy kingdom ruled by his brother to the ruins of an even more ancient, more fantastical kingdom built by King Solomon and the Djinn - and The Forgotten Sands was at its most addictive for me when I was guiding the Prince from room to room, eager to see what was next (spoiler - mostly more traps).

Playing to the series' core strengths with slick mechanics and high production values, The Forgotten Sands is a game that most Prince of Persia fans, myself included, will find very hard to dislike, even if they don't necessarily love it.